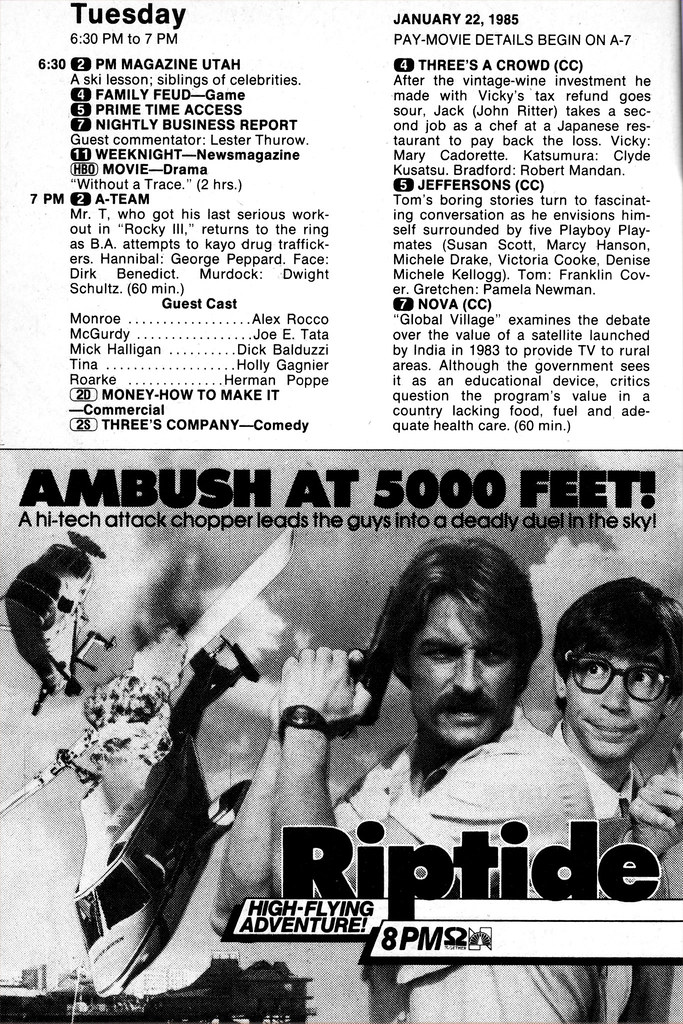 Every kid loved The A-Team, but I actually preferred Stephen J. Cannell’s follow-up Riptide which came on after it.  Who didn’t love The Boz?

Three’s a Crowd wasn’t bad; it had it’s funny moments, worthy of a Three’s Company episode in its prime.  However, it’s problem was that Ritter’s supporting cast were boring.  No Chrissy, no Furley, no Ropers, no Janet, no Larry  – just a lame wife, stereotypical surfer, and constantly angry father-in-law. 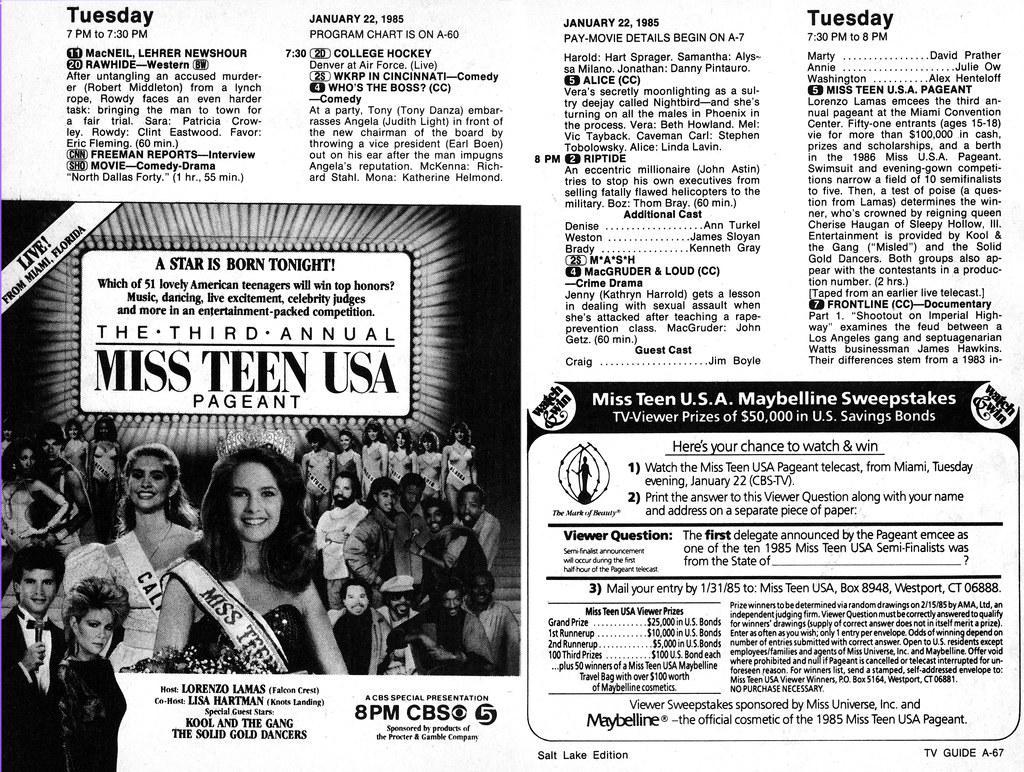 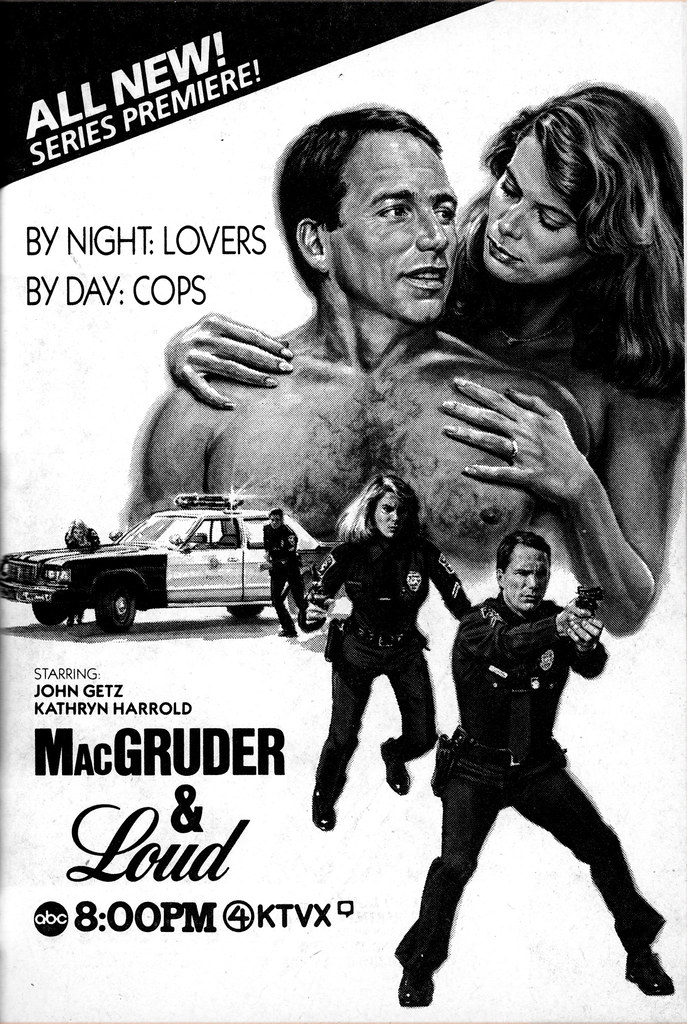 What a terrible looking advertisement! The backdrop to this big police action scene is John Getz’s big hairy chest and nipple!  And “Cops by Day, Lovers by Night” would have sounded much better… just sayin’. 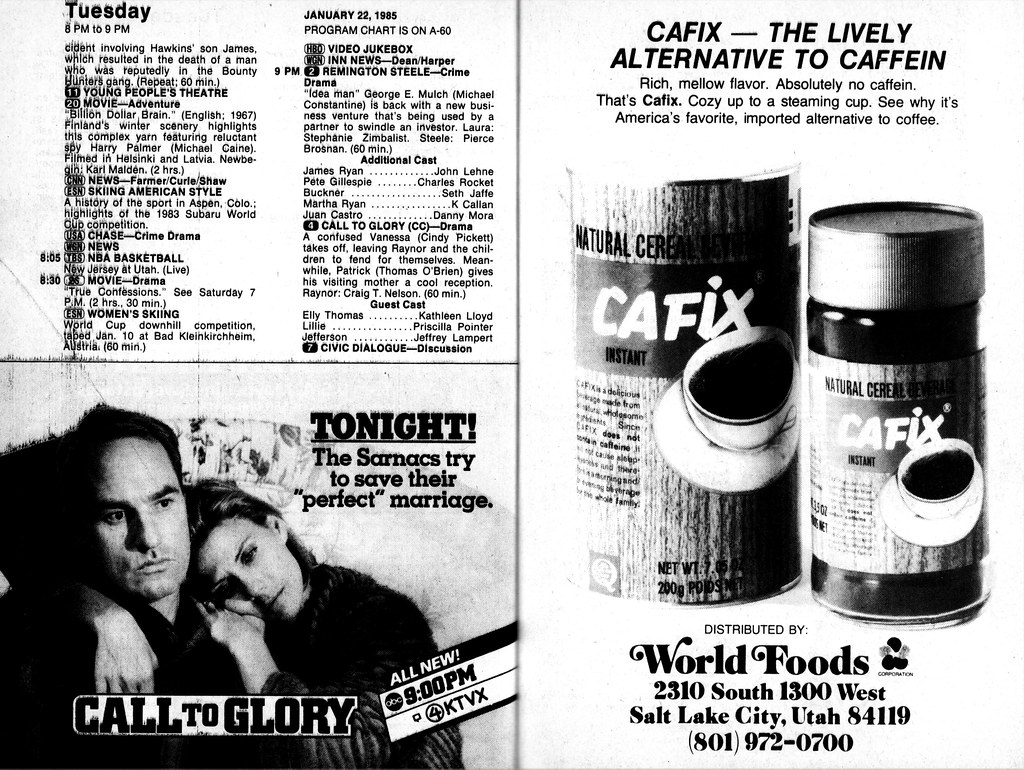 I sure don’t remember a film called Billion Dollar Brain, and while I’m sure “Call to Glory” was a fine show, it was never my cup of tea.  And speaking of caffeinated beverages, what in the world is CAFIX? Was it a caffeine substitute allowable by the Mormon church? 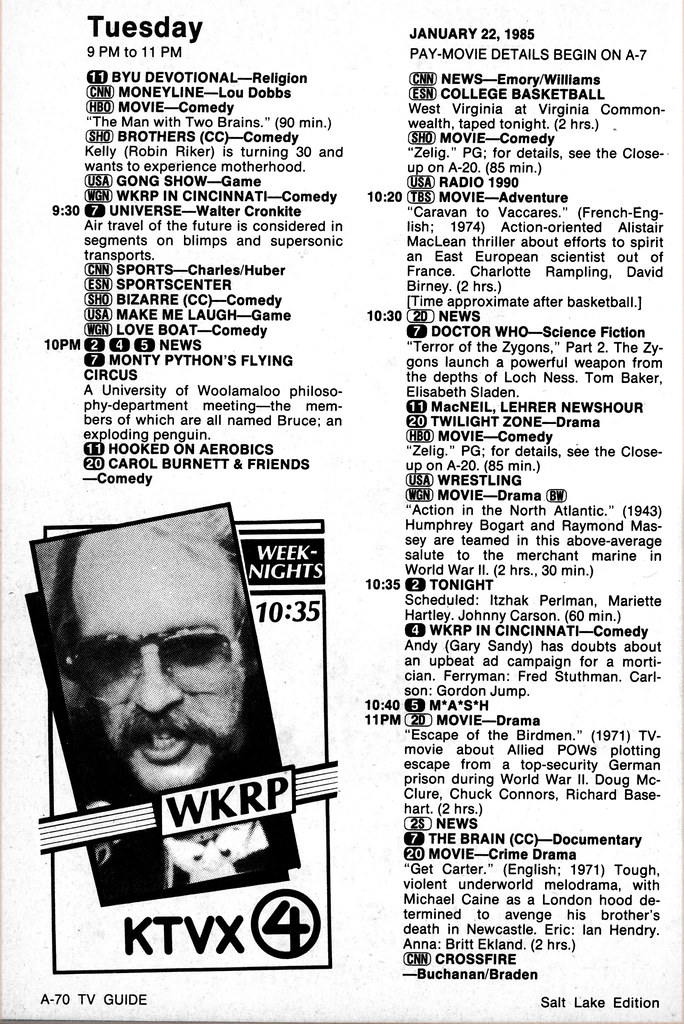 I’ll say it again – we had less channels, but a better selection of things to watch.  Get Carter (1971) is one of my favorite movies of all time.  Also: Zelig, Doctor Who, WKRP, Twilight Zone, Monty Python… it’s an embarrassment of riches. 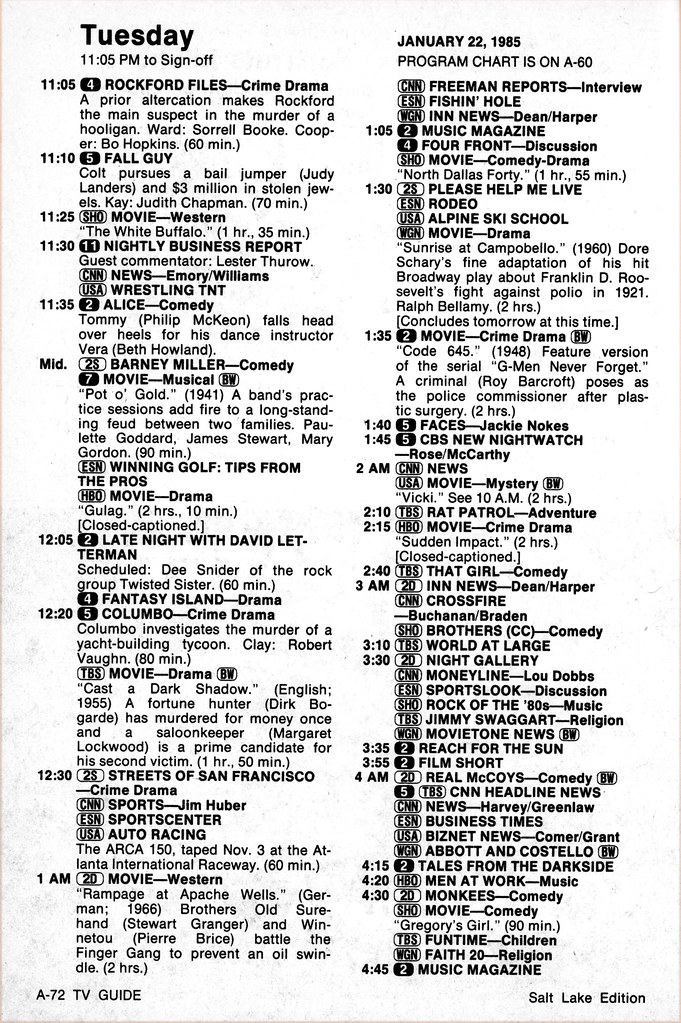 Twisted Sister is on Letterman tonight, if you can pull yourself away from Barney Miller and Fantasy Island reruns.