One of my guilty pleasures is trashy horror paperbacks from the 1960s through the 80s.  There was a countless supply of them back in the day when horror was a popular genre – not the exclusive domain of Stephen King, but rather a home for legions of authors issuing paperbacks that were often here today gone tomorrow.

Many of these were lost to the waste bin of time, never having much time to garner a following.  Some clearly didn’t deserve it – poorly written and often using sleaze to sell copies.  However, if you read enough of them, you might stumble upon a gem – that never quite got the sales to get that film  (or TV movie of the week) adaptation.

Here are just a few covers from my shelves.  Enjoy. 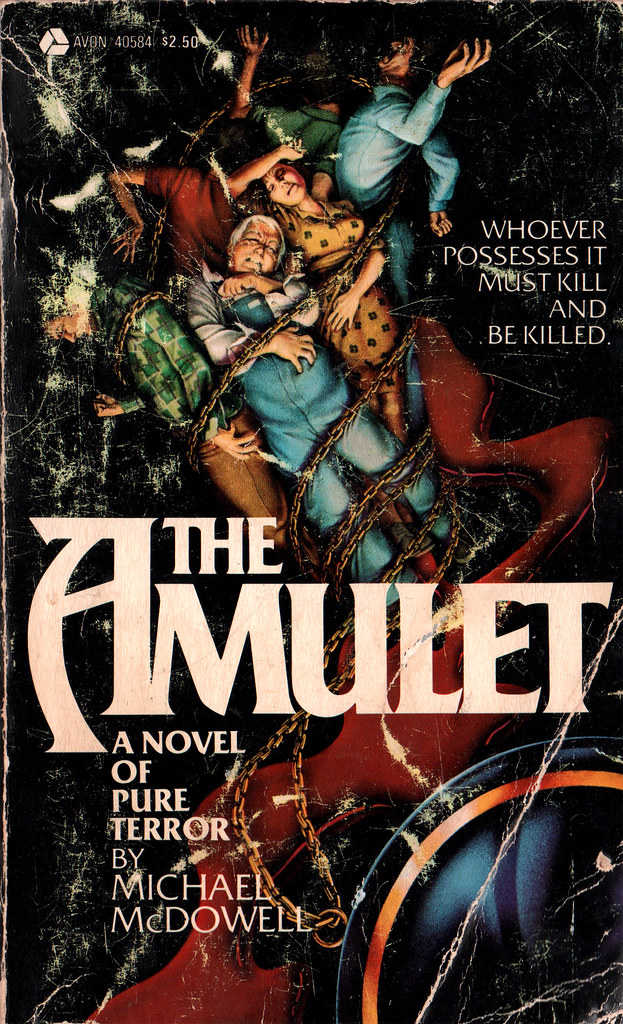 The Amulet by Michael McDowell (1979)

I don’t have the patience to go through each of these in detail like Too Much Horror Fiction, but can appreciate the cover art and we’ll make a tradition of looking at the top of page 103:

“It’s not an accident, Barnes, to get a ice pick stuck up your brain. So I’d say yes, Thelma Shirley killed her husband.” 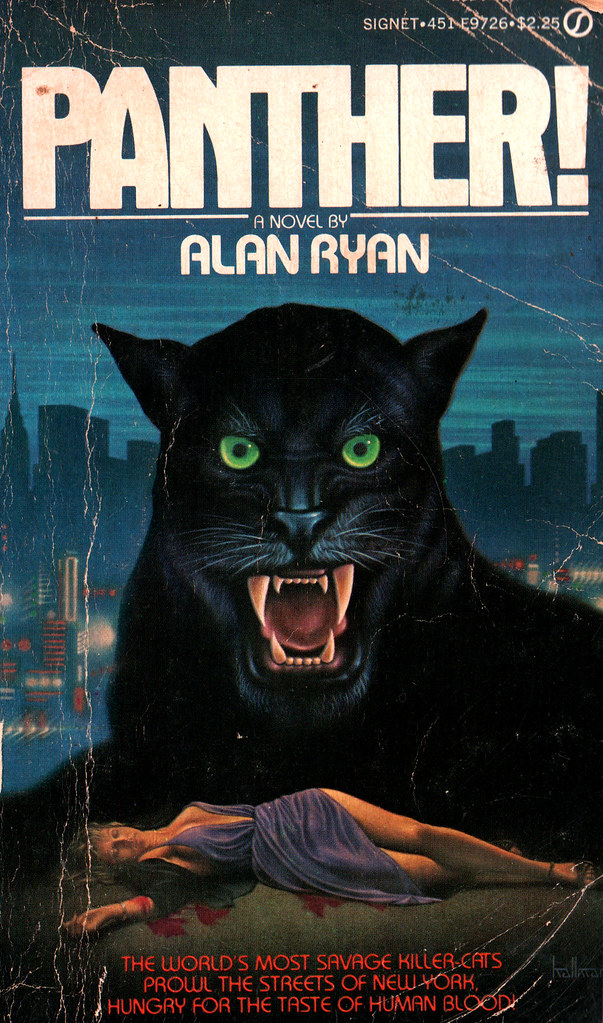 Yeah, I’m definitely thinking it’s a bad idea to go forward with the 20 panthers in the theater plan – or even 19. 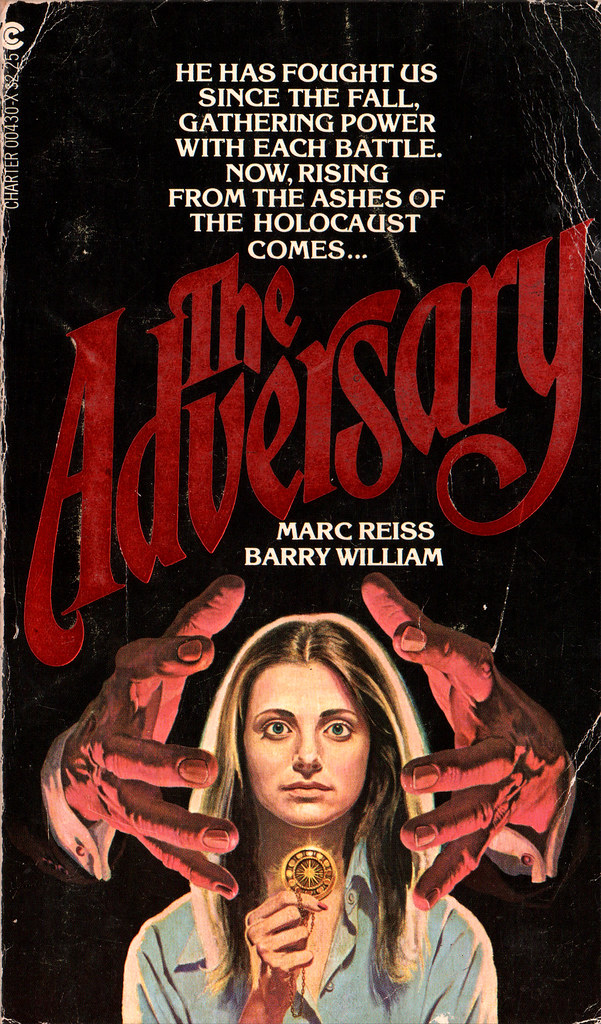 The Adversary by Marc Reiss and Barry William (1979)

I thought this was an outstanding book – full of Omen-level evil and building terror.  But then it rushes things at the end; it should have been a series or a much longer book (like Carrion Comfort, a very similar vibe) – but the last few chapters are a hurried mess.

“Anna put down her books and laughed, she had to, and he laughed suddenly with her.” 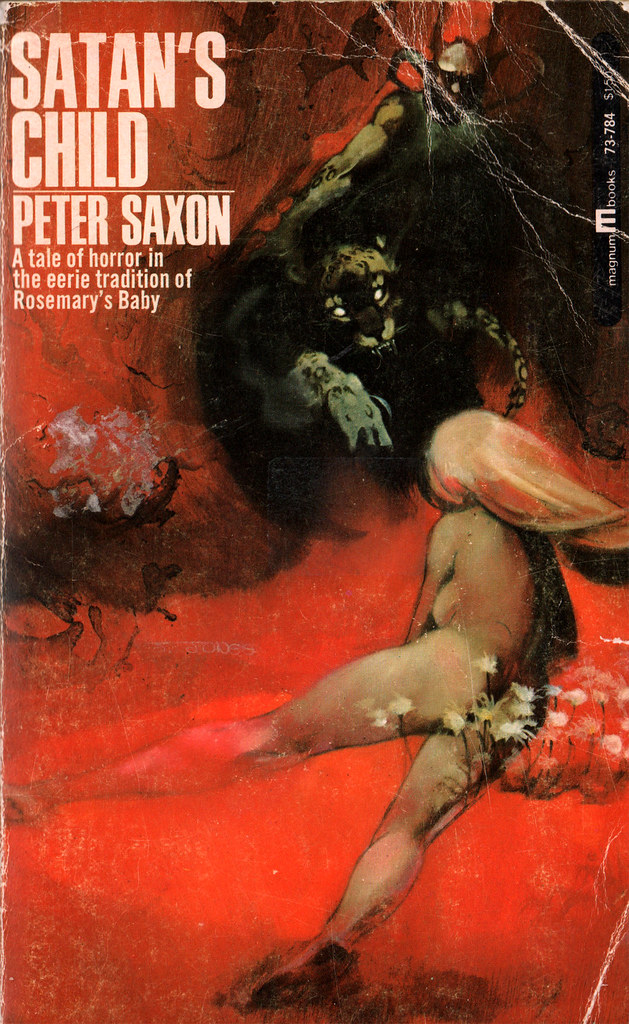 I love this cover – it looks almost like a Frazetta, but there is no credit listed.  The daffodil censors are a nice touch.

“The people of Kimskerchan would have plenty to gossip about on the morrow. Would they assume a fraternal quarrel? Or some other agency?