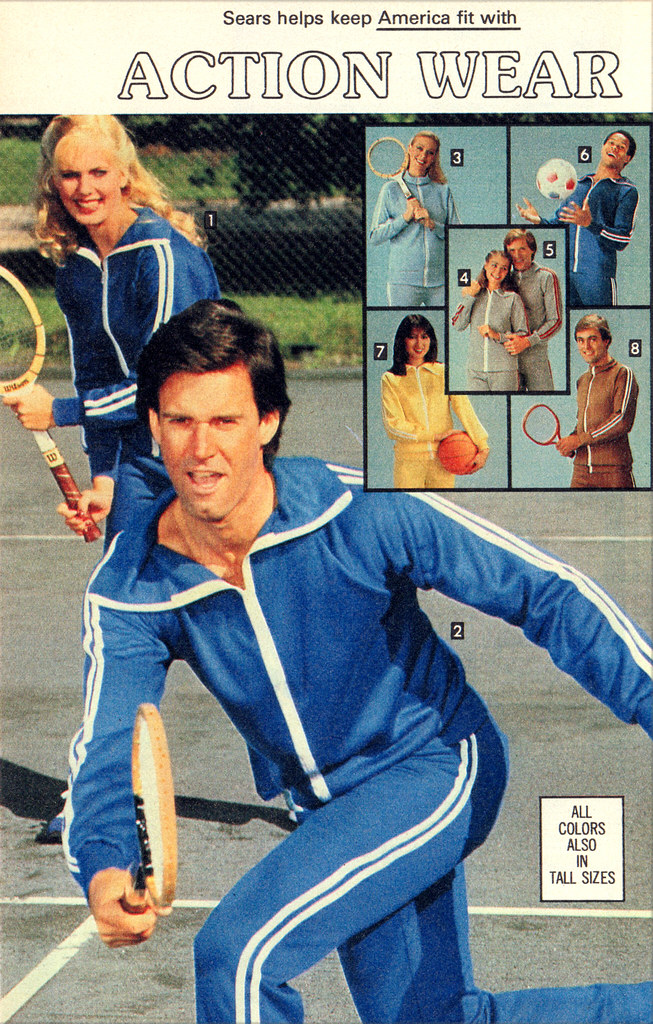 Check out the magnificent collar on this guy’s track suit!  In 1980, we were in the midst of a full-fledged fitness craze.  I think the Boomers started to notice they were getting spare tires and flab as their metabolism slowed, and like anything with the Boomers, their interest quickly turned into national obsessions.

This Sears Fall-Winter catalog came out at about the same time as Jane Fonda’s workout book, which quickly became a sensation as was the subsequent VHS and record.  What’s most interesting to me in these catalog pages is the major change in workout fashion from 1981 compared to now.  ’81 fashions had women in leotards and guys in fleece track suits – getups we wouldn’t be caught dead in at the gym today. 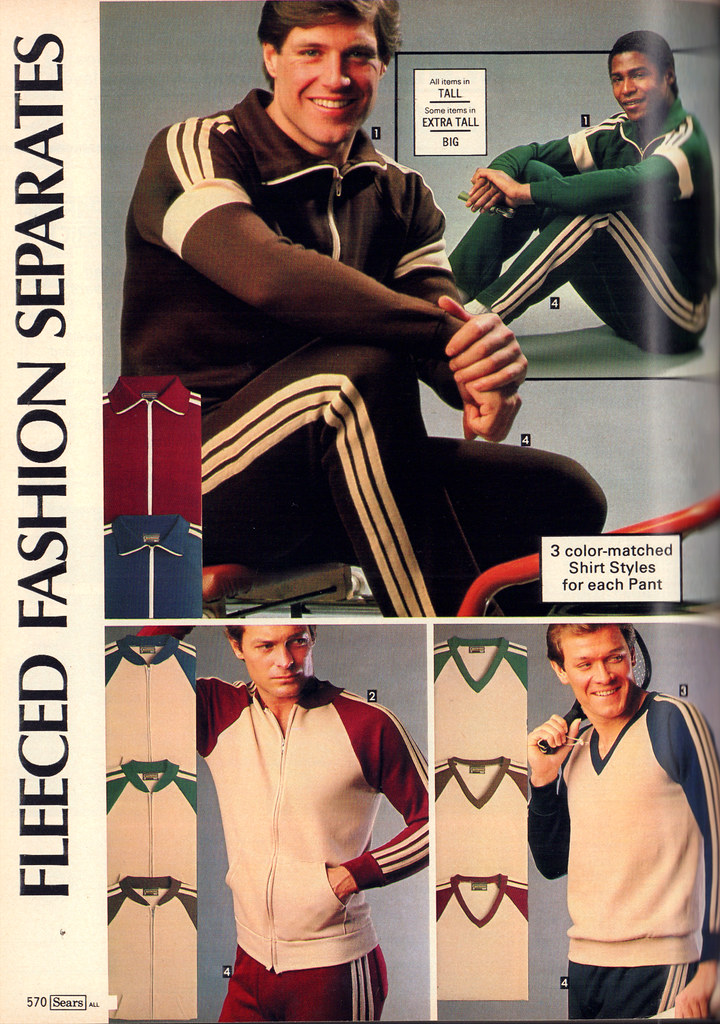 Notice how nothing was baggy back then.  Everything was tight fitting – even the track suits. 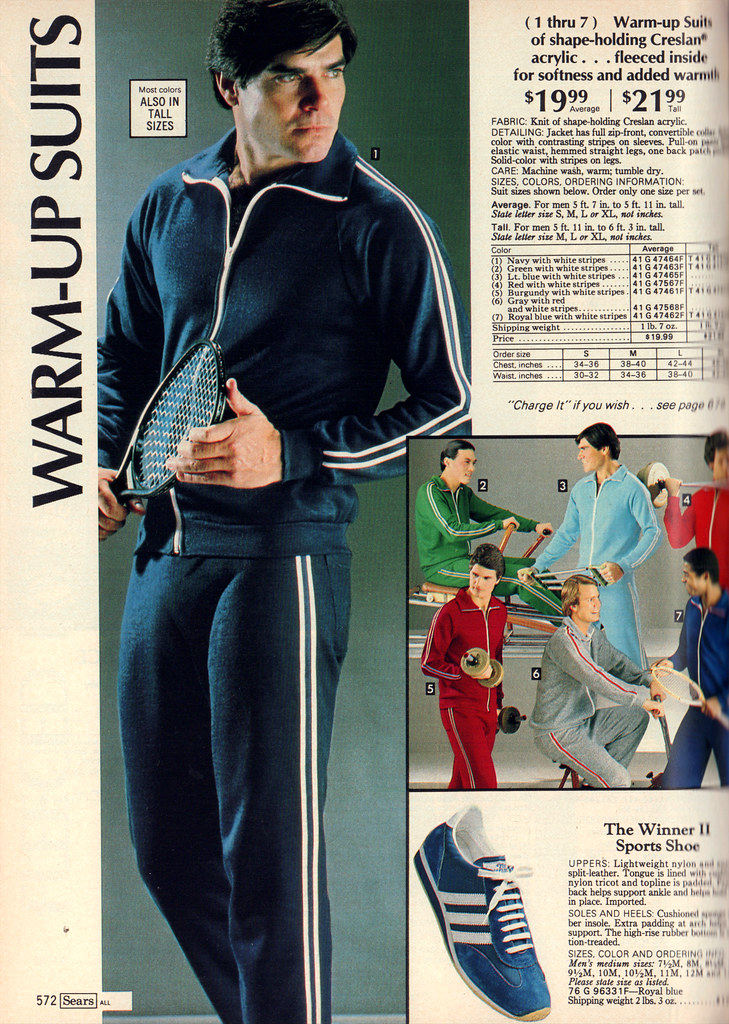 Who didn’t want to look like Steve Austin in his red track suit?  Go watch “Battle of the Network Stars” from these years, and you’ll find every celeb – from Telly Savalas to Gabe Kaplan – sporting the omnipresent track suit. 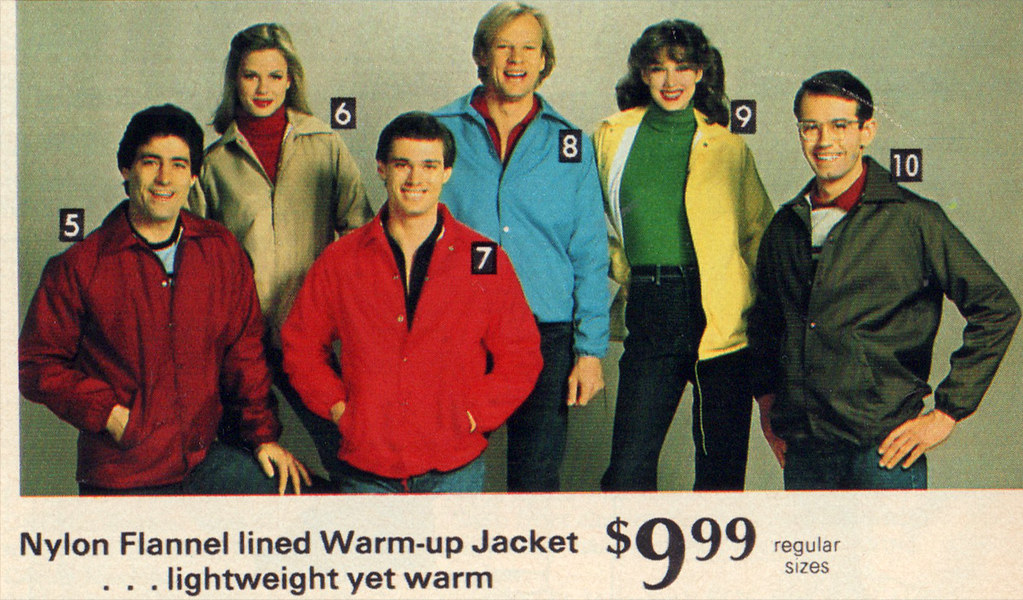 What’s with the yellow string dangling from that woman’s jacket? 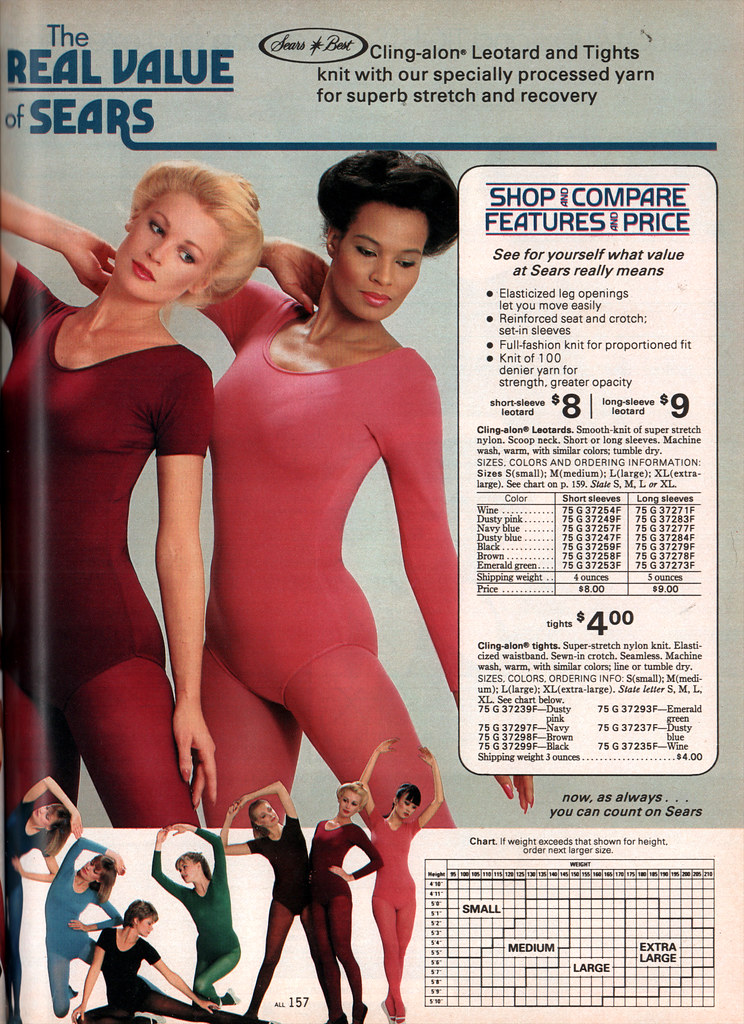 Yep – In 1981, ladies were still wearing leotards to work out. 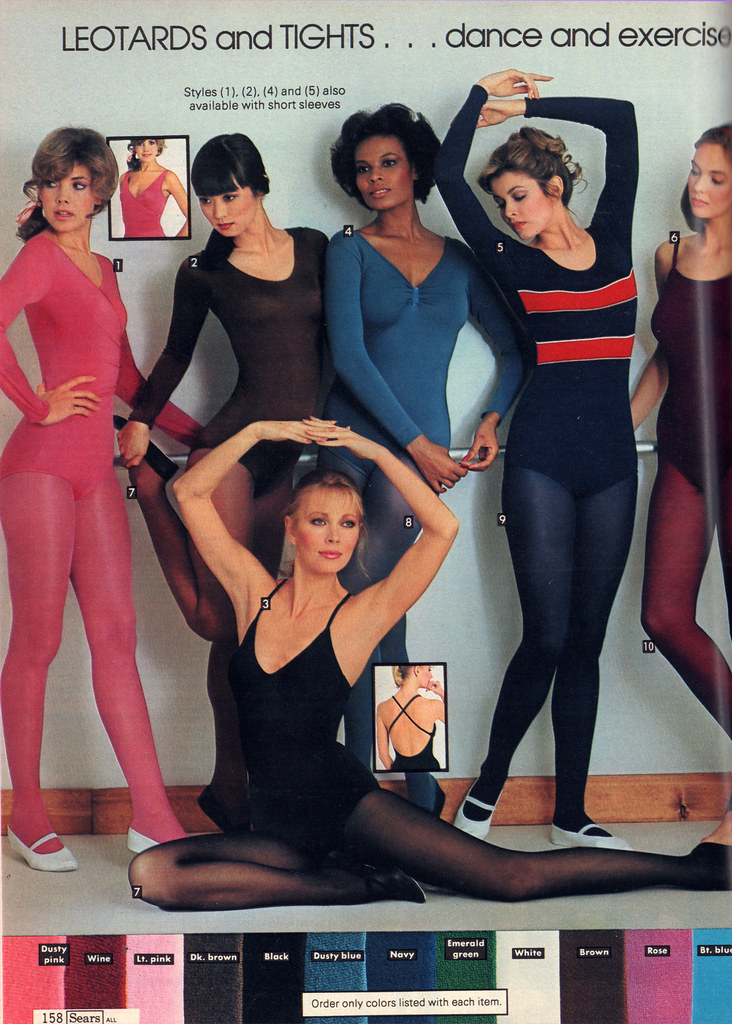 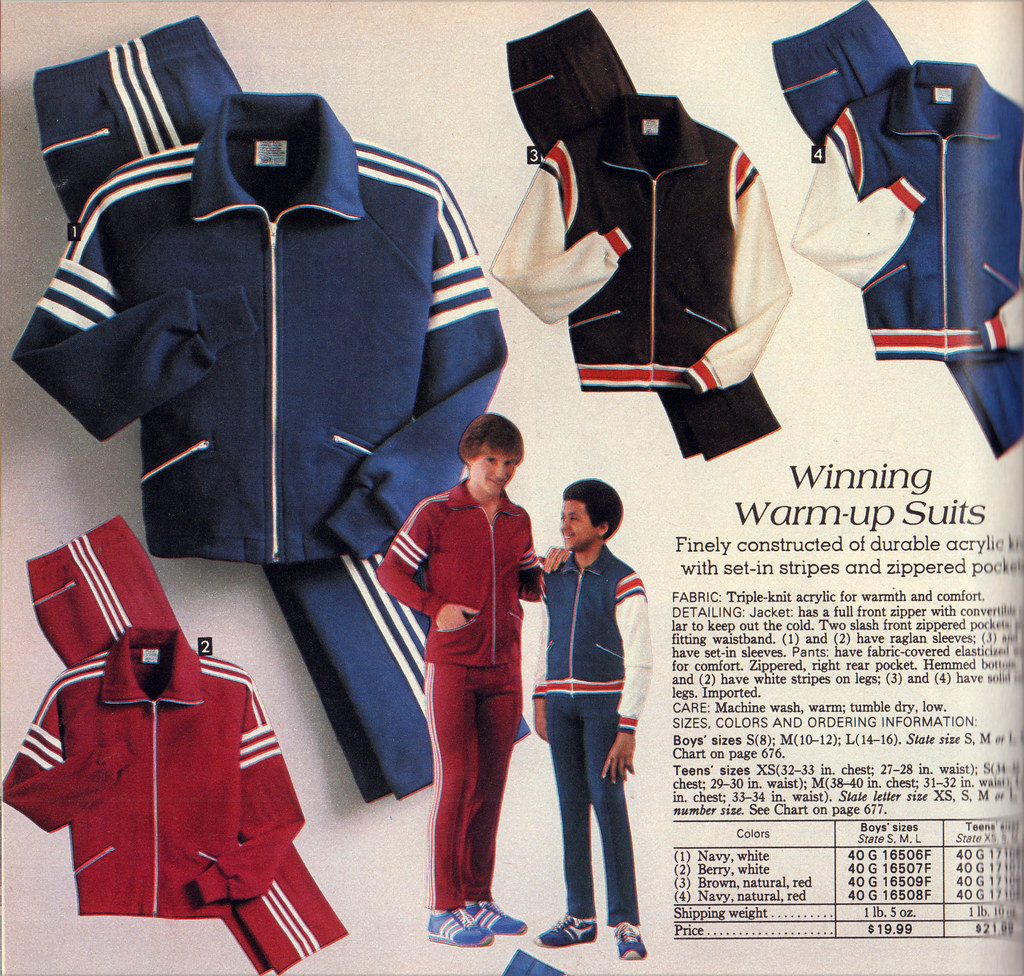 Gotta have those stripes. 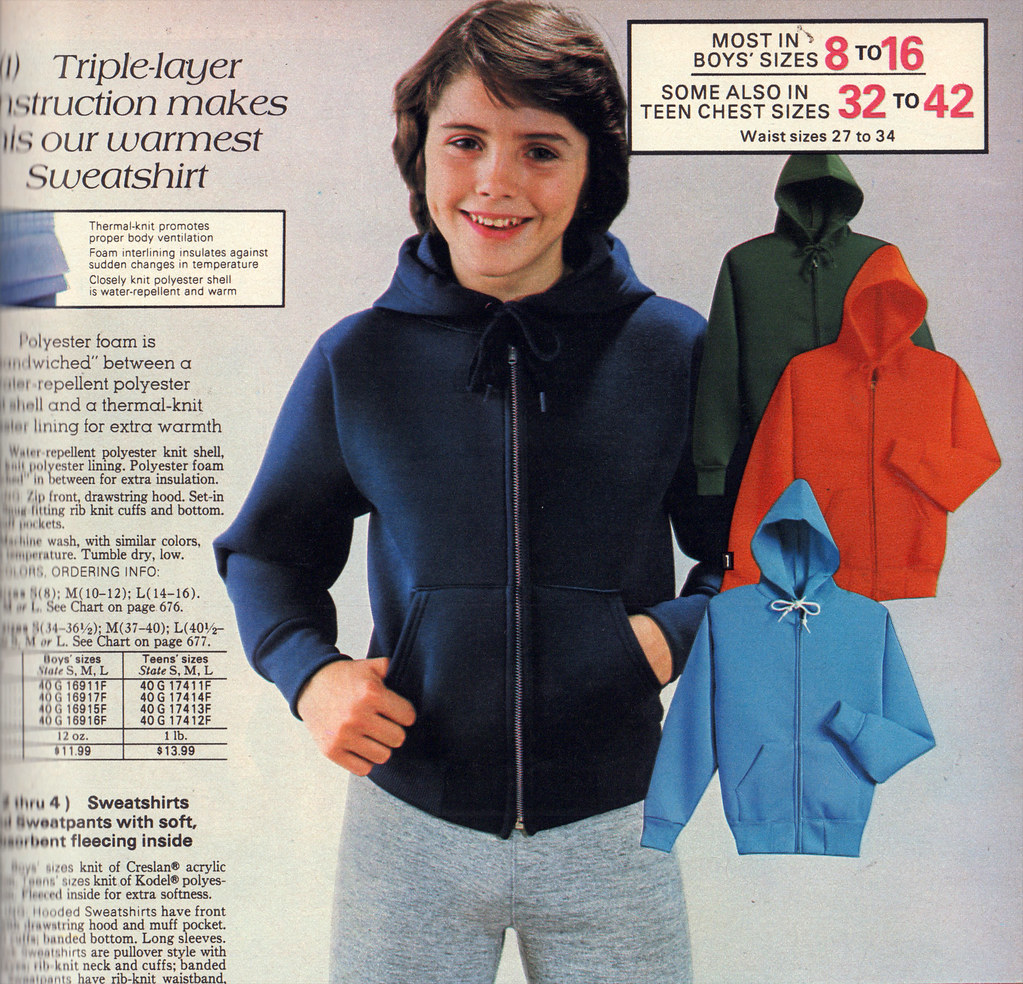 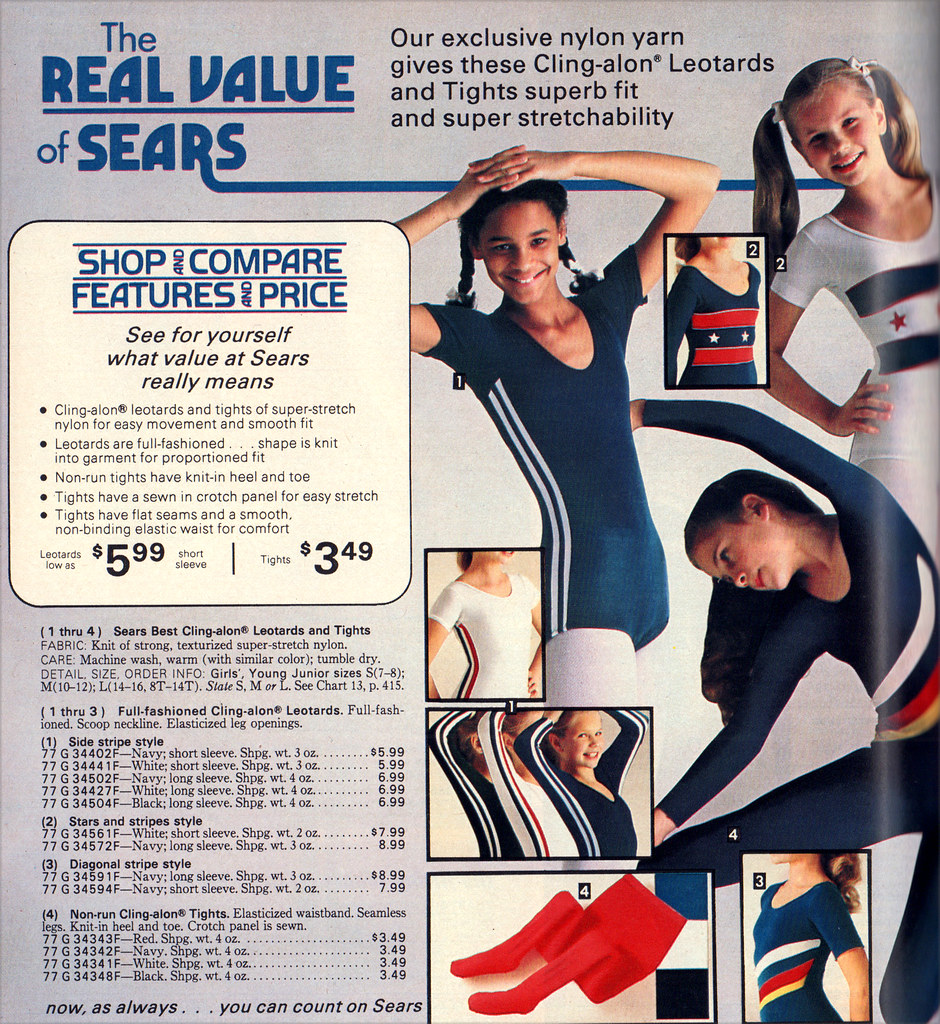 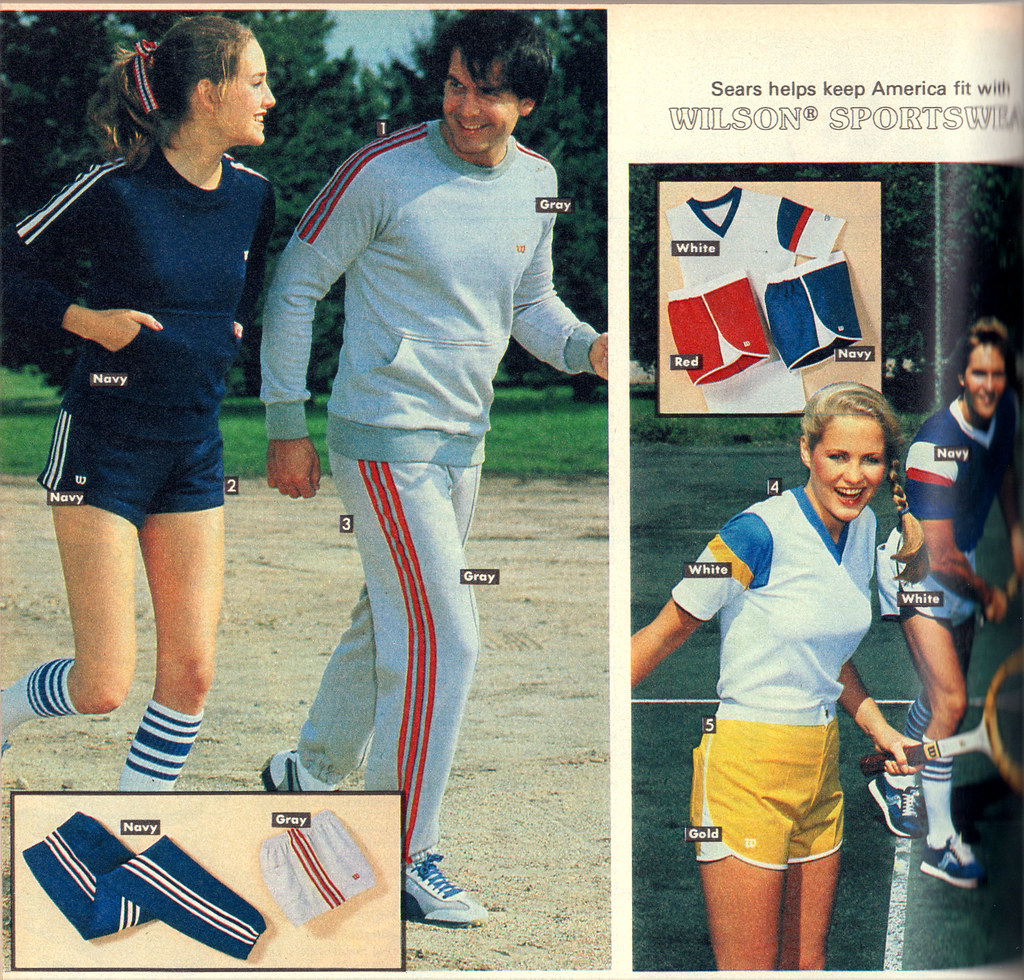 Check out her socks!  We’ll have to do a separate post just on those magical striped tube socks. 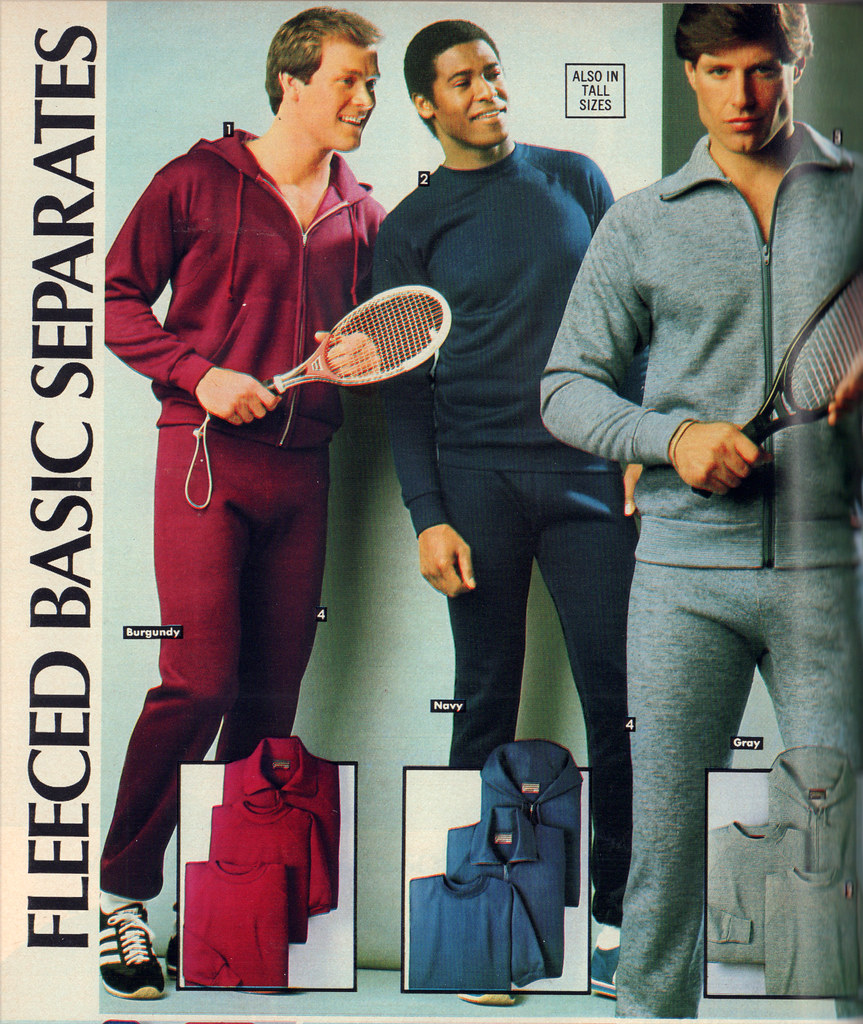 At what point did we learn it was best to wear a shirt under sweatshirts? 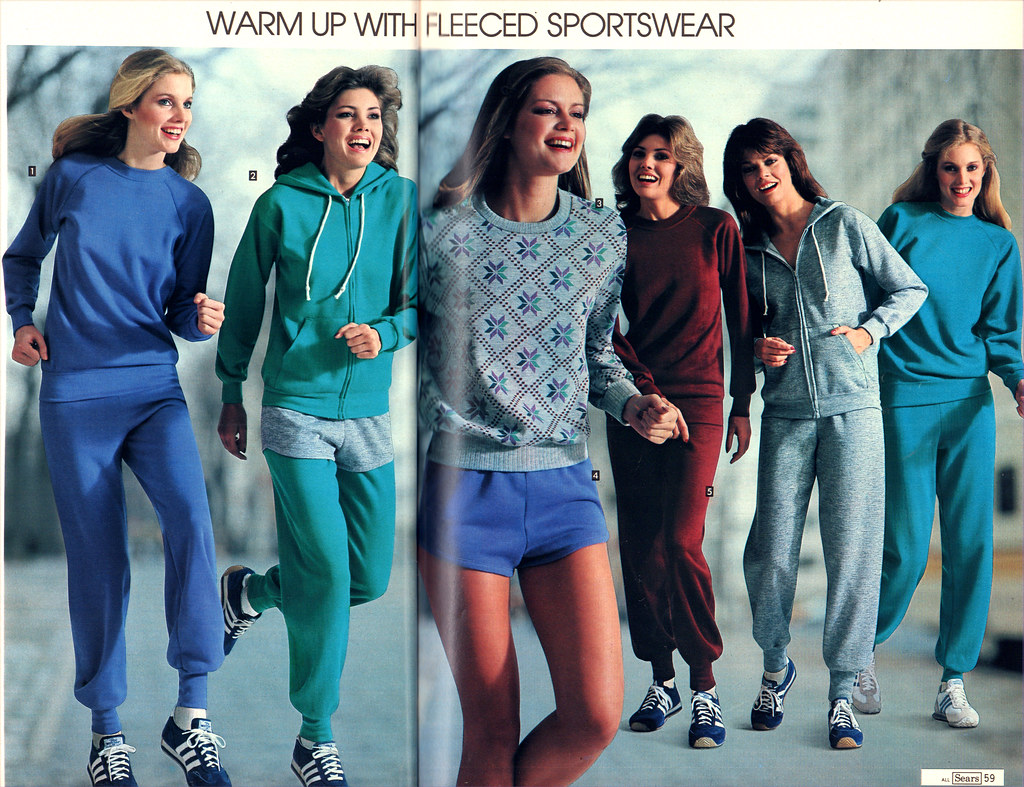 We couldn’t be bothered to wear an undershirt, but we’d sure put a pair of shorts over a pair of sweatpants.  That was never a good look, but surprisingly common back then.