This is the only example I know of where the record sleeve is more interesting than the cover. 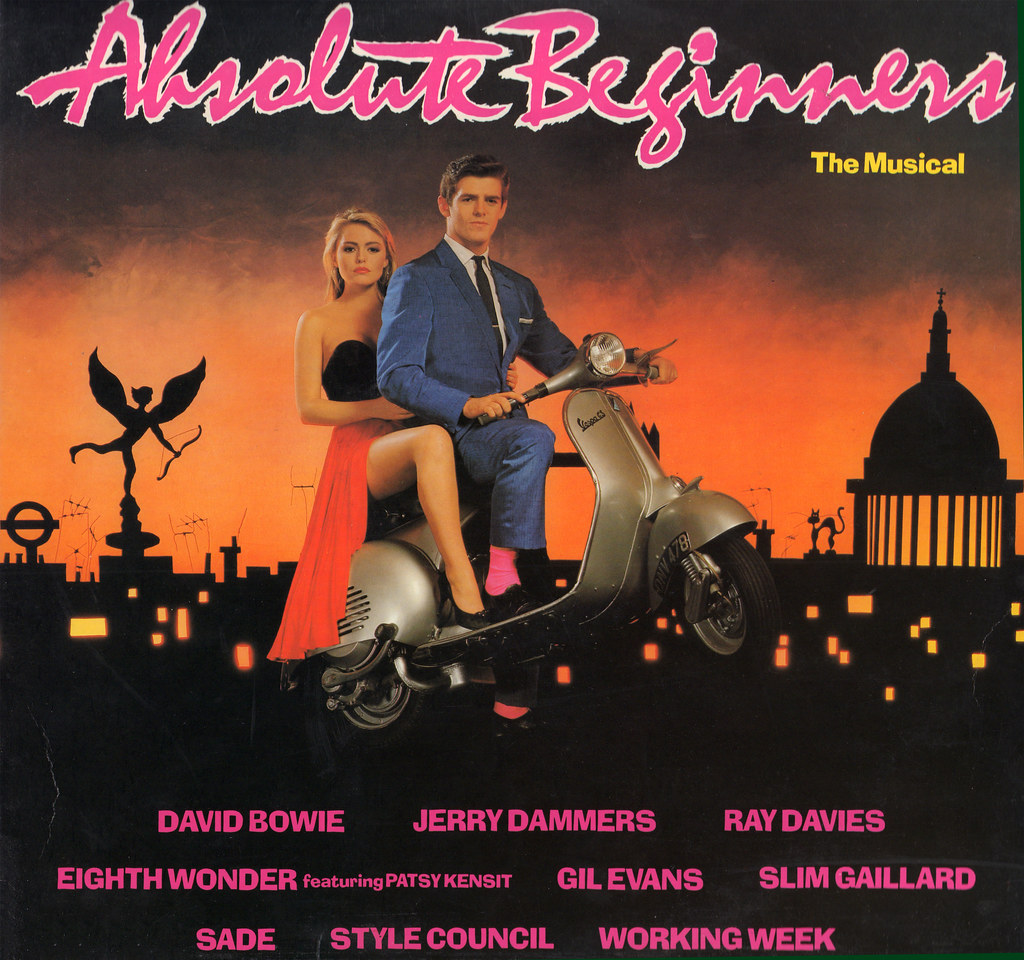 The album cover is fairly forgettable – and unfortunately so was the movie.  A much anticipated adaptation of the book, the film (starring Patsy Kensit) flopped big time.  It bombed so bad it directly led to the collapse of the British studio Goldcrest. 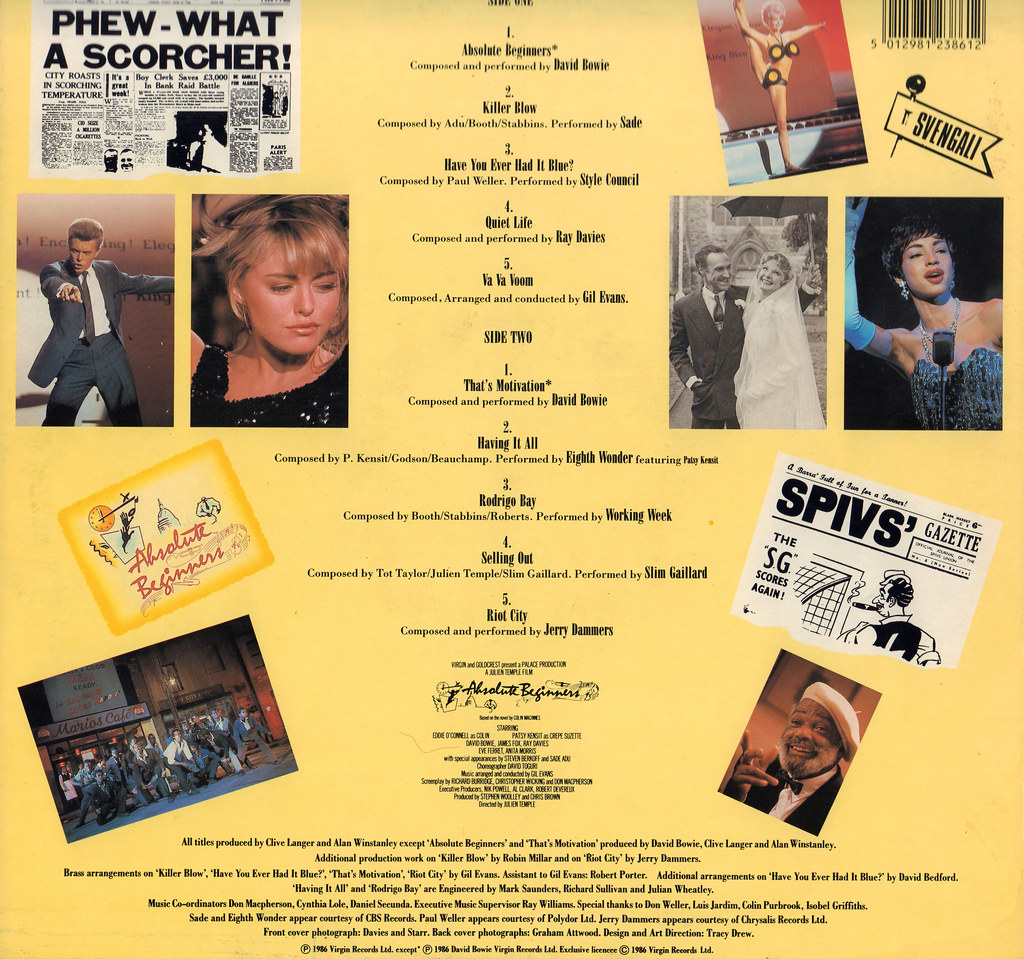 Despite the fact that the film is packed with songs by big acts, most of the record is by Gil Evans and less notable names.  Bowie is the only one who came out ahead with the venture, landing the title song at #2 on the UK charts.  Personally, I think the song kinda sucks; one of his most uninspired songs ever.

I’d love to share a track or two off the record, but unless someone can let me know a good hosting site (that won’t evaporate in a few months), I think we’re outta luck. 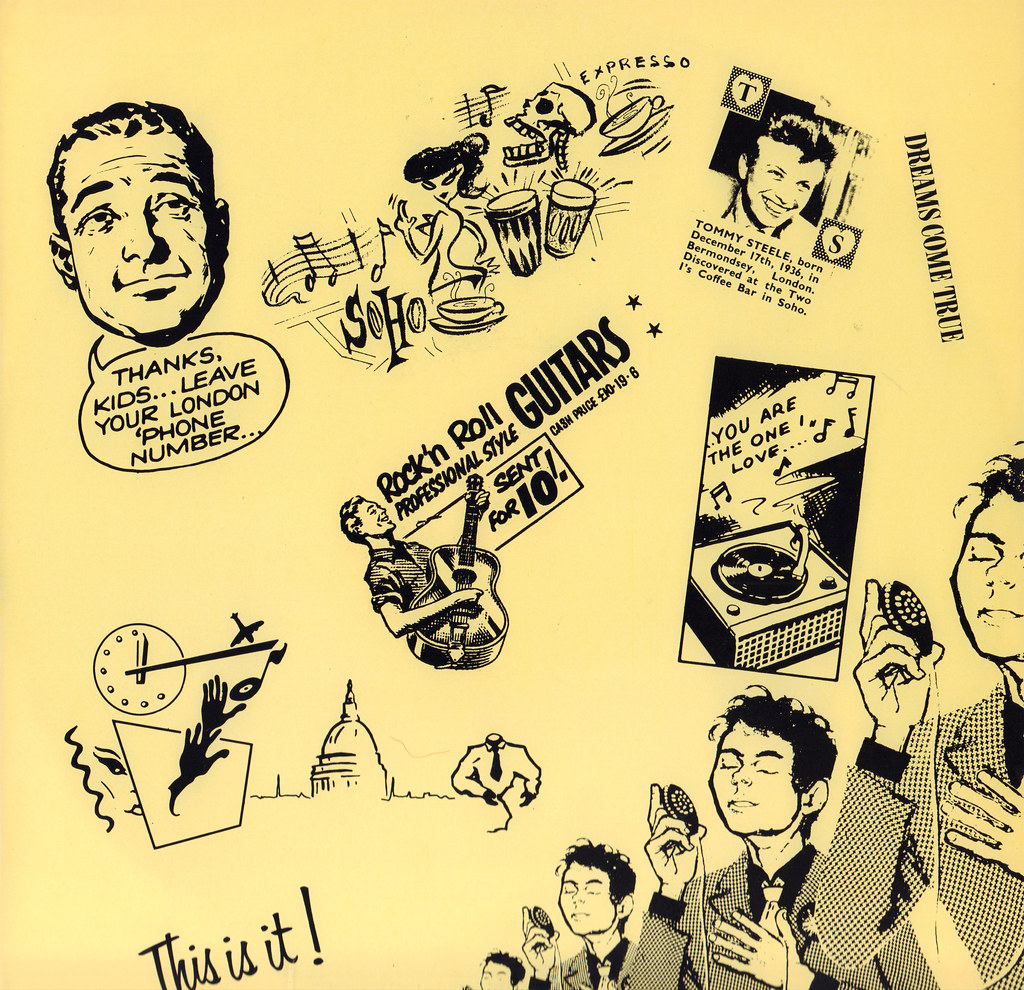 Now the real reason I’m sharing this LP.  I really the like the sleeve illustrations.  Admittedly, it’s not much more than clip art; however, it’s fun nonetheless. 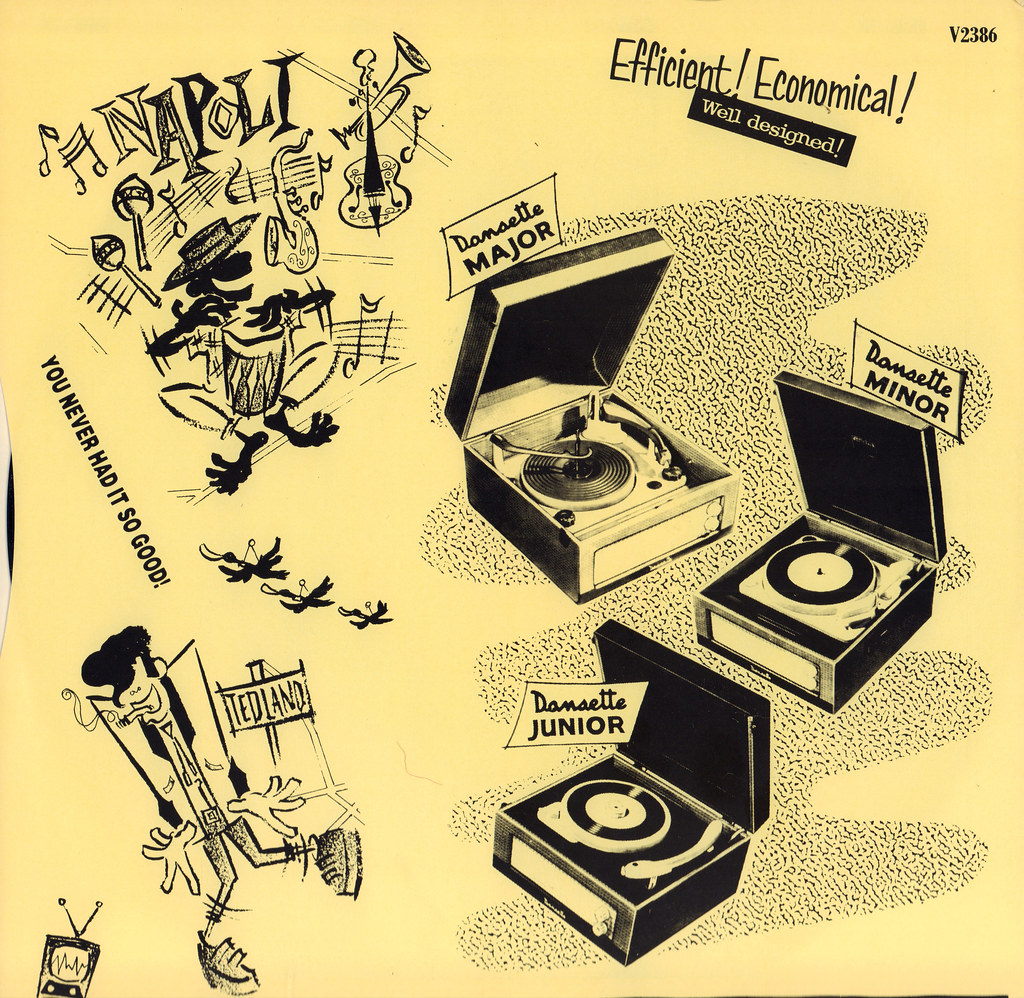