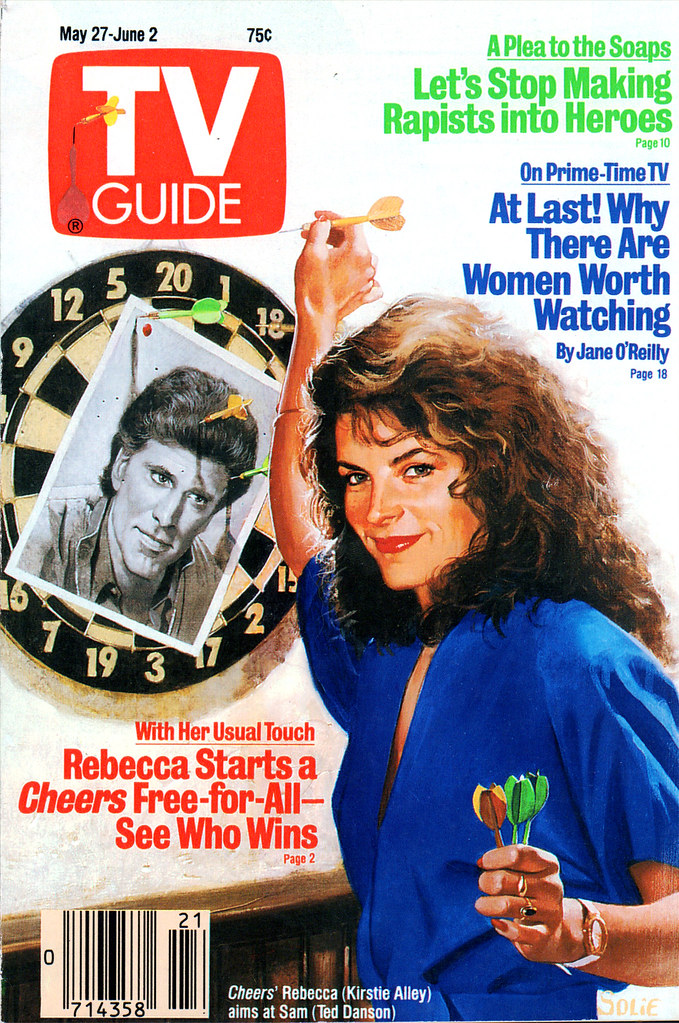 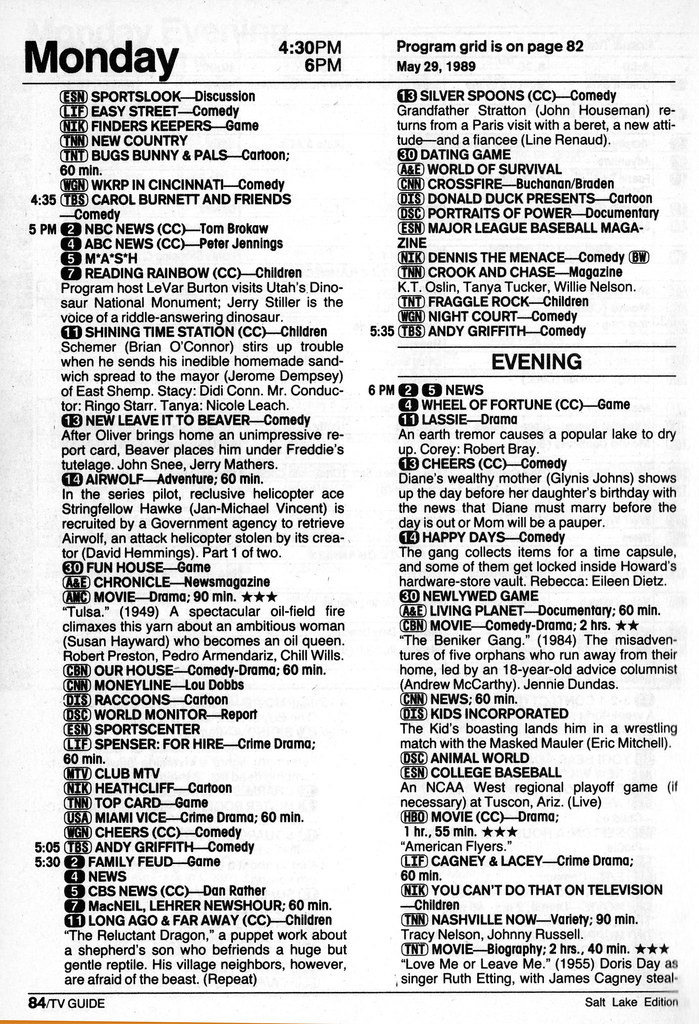 Starting at 6:00 PM, we can watch the kids from Kids Incorporated go against the “Masked Mauler”.  Trivia note:  One of these kids incorporated would become Fergie (Stacy Ferguson).

Also, the Living Planet remains my favorite nature documentary of all time.  Beats the hell out of this Happy Days episode, clearly long after Fonzie officially jumped the shark. 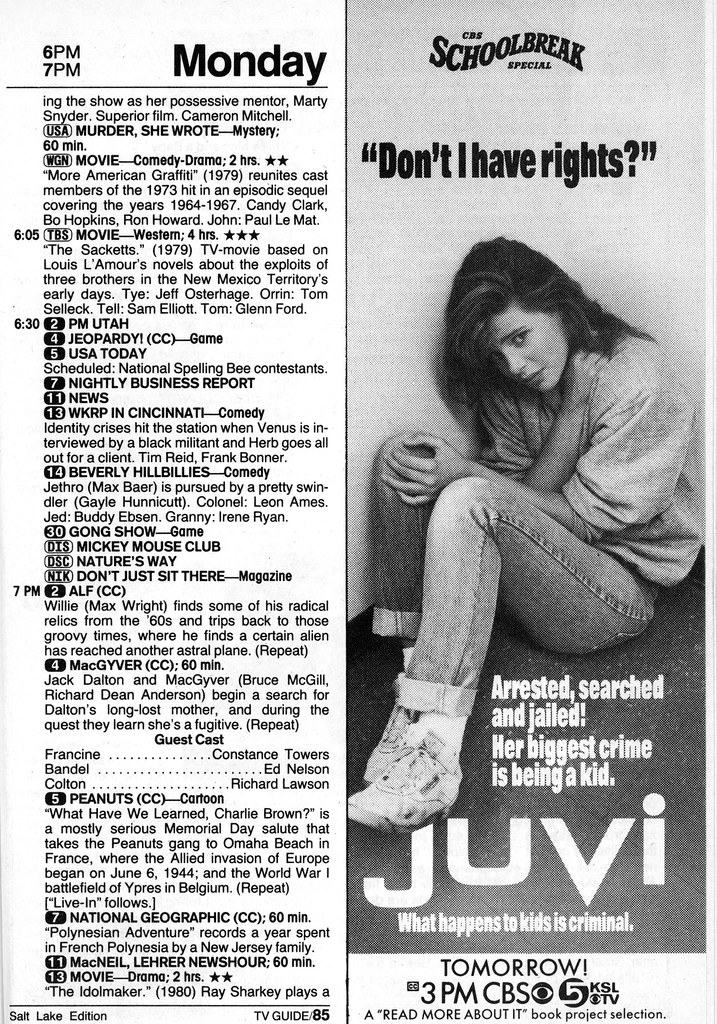 You gotta love those After School Specials.  But that’s not on tonight – what is on are black militants on WKRP in Cincinnati.  Also, the horrible sequel to American Graffiti.  But above all this, I’ll watch a Gong Show rerun any day of the week. 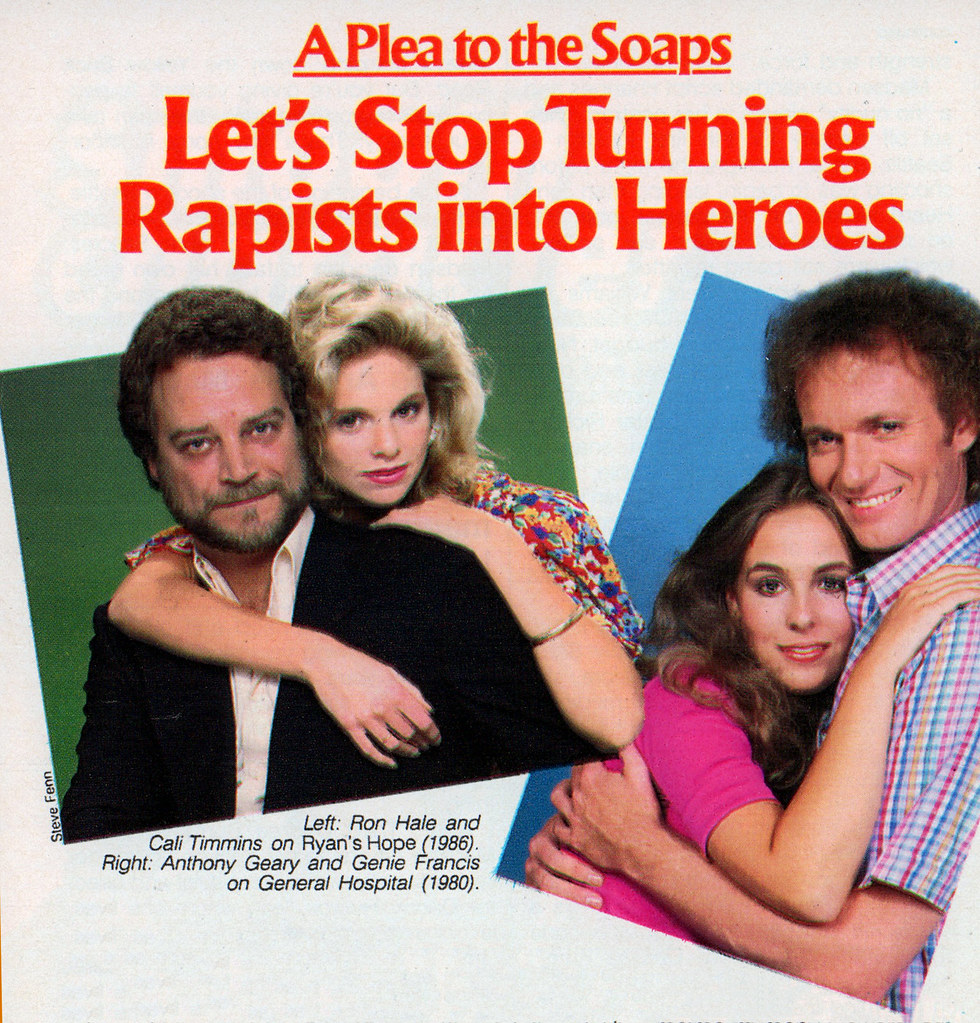 This isn’t Monday night programming, but I had to share.  “Let’s stop turning rapists into heroes” – it was a real thing.  Many forget that Luke started as rapist! 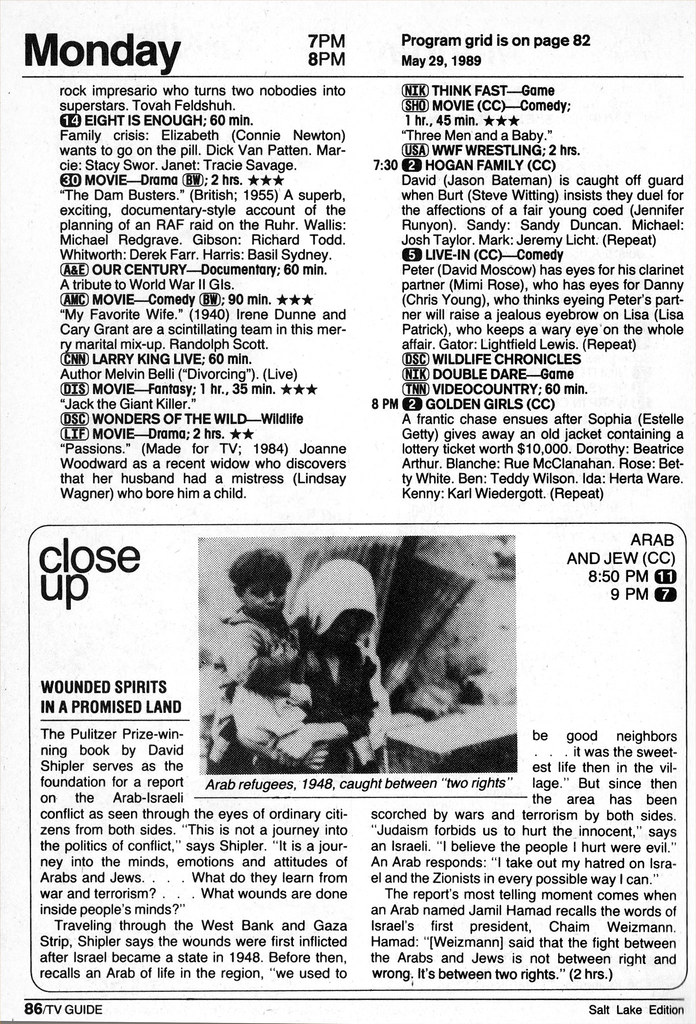 Ugh.  None of this looks too promising.  Not a fan of Golden Girls, Larry King has a boring guest, Three Men and a Baby was awful (except for the ghost part), and what the hell was “Live-In“?  If you want to see eighties fashions at their most extreme – beyond Huxtable levels even, you should watch a rerun of Hogan Family. 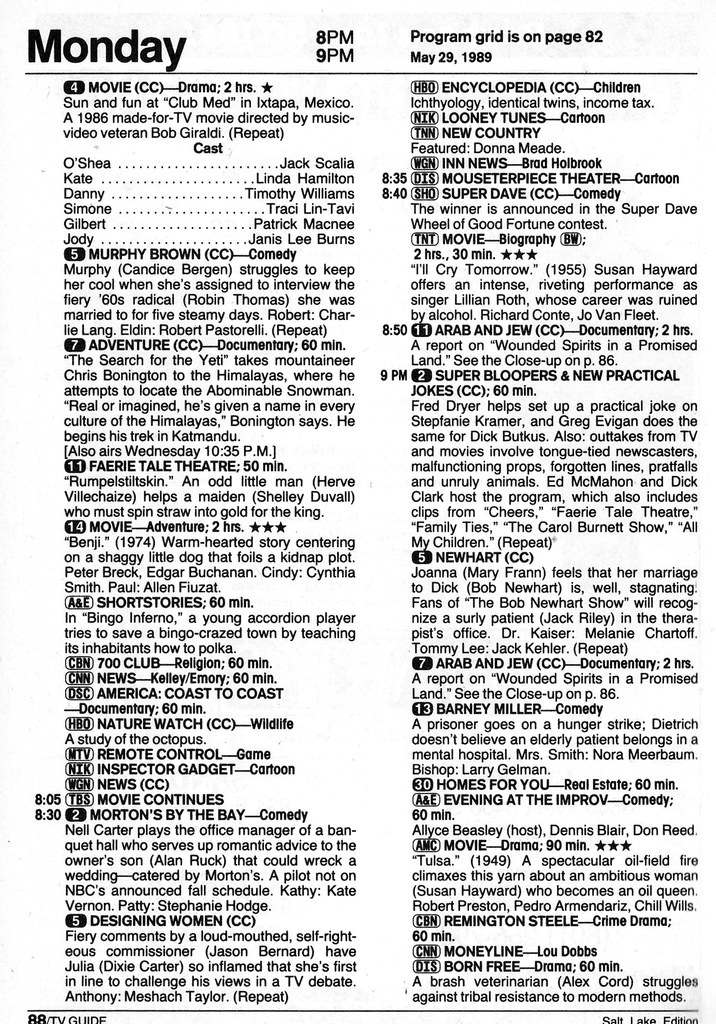 What in the world was “Bingo Inferno“?  This sounds absolutely insane: “A young accordion player tries to save a bingo-crazed town by teaching the inhabitants how to polka.”  I have to see this. 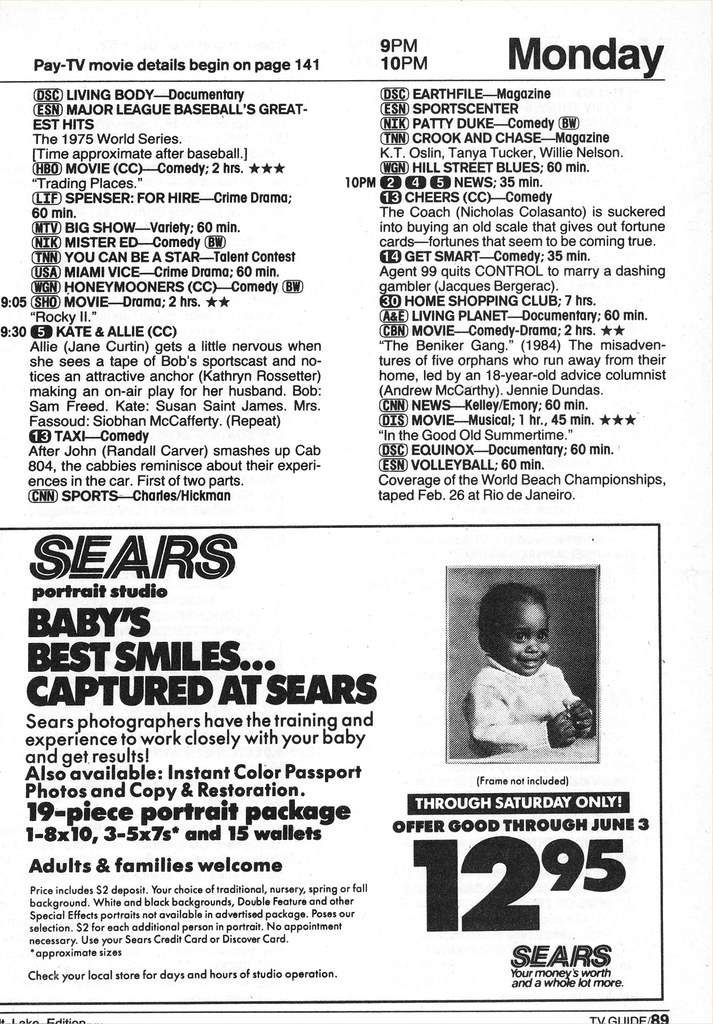 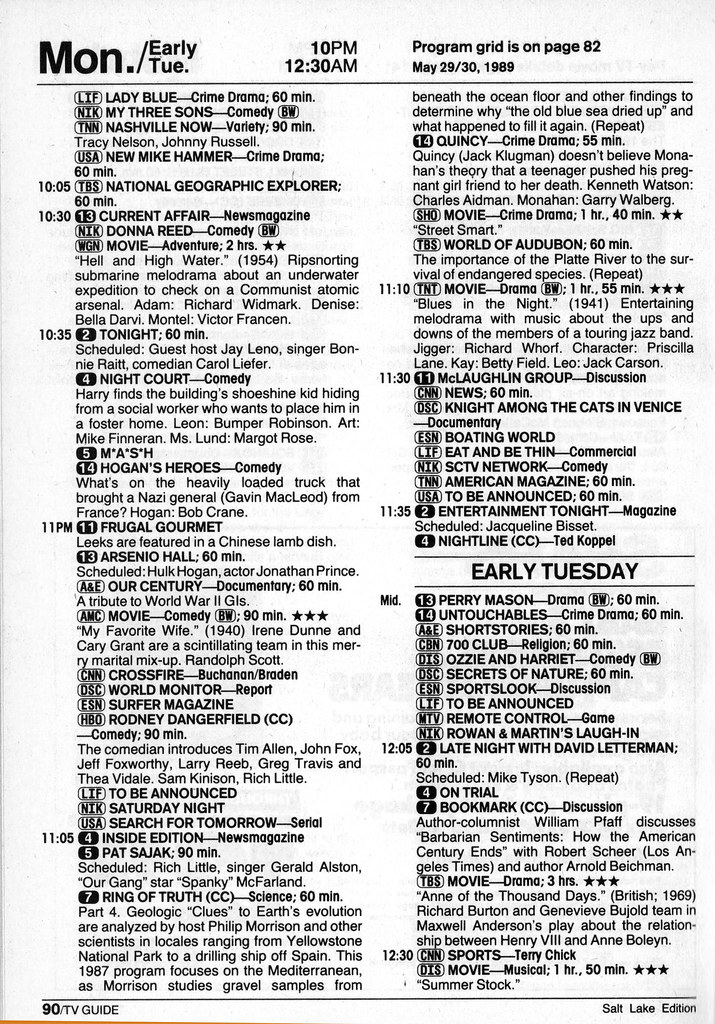 Remember these days, when there was an over-saturation of talk shows?  Jay Leno has Carol Leifer, Pat Sajak has Spanky from The Little Rascals, Arsenio Hall has Hulk Hogan, and Letterman has Mike Tyson.