This Amtrak brochure is just packed with awesome images of traveling by train in the seventies. The date isn’t printed on the brochure, but I’m pretty confident this is from the late seventies. I’ve scanned each section, with close-ups of some of these glorious pictures from the groovy age of travel.

Evidently, traveling by train makes you extremely giddy. Or maybe it was just all the drugs.

Is it just me, or does this mother look a little uneasy with this situation? 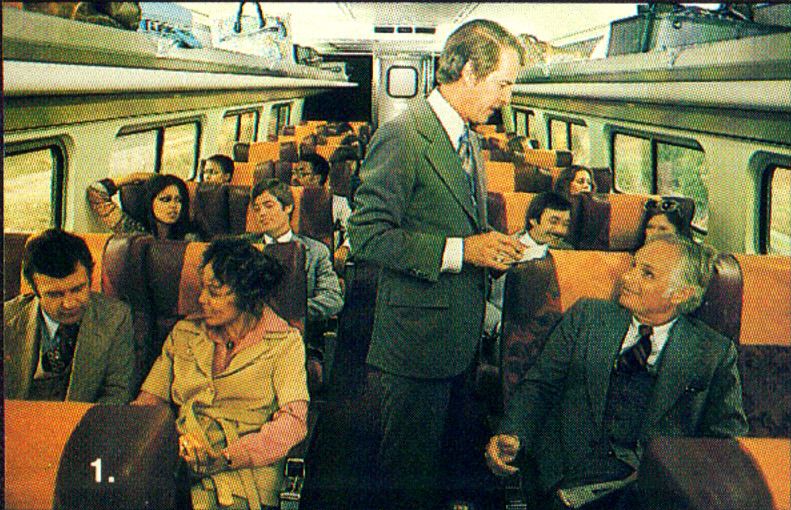 I travel a lot by plane, and I look at pictures of train travel from decades past and wish it had lived up to its potential.  Alas, the tickets are often steep, and routes are limited.  Plus the train experience just isn’t as luxurious as  once was. 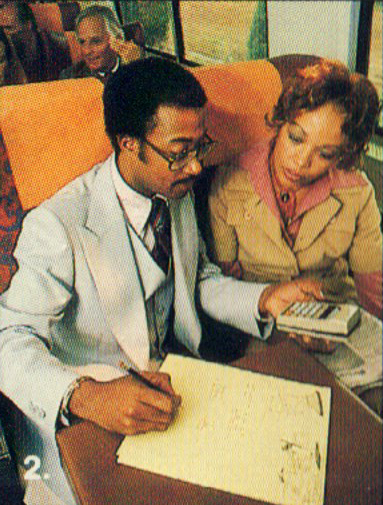 Now, he’d just be on his laptop.  When was the last time you used a calculator and pencil? 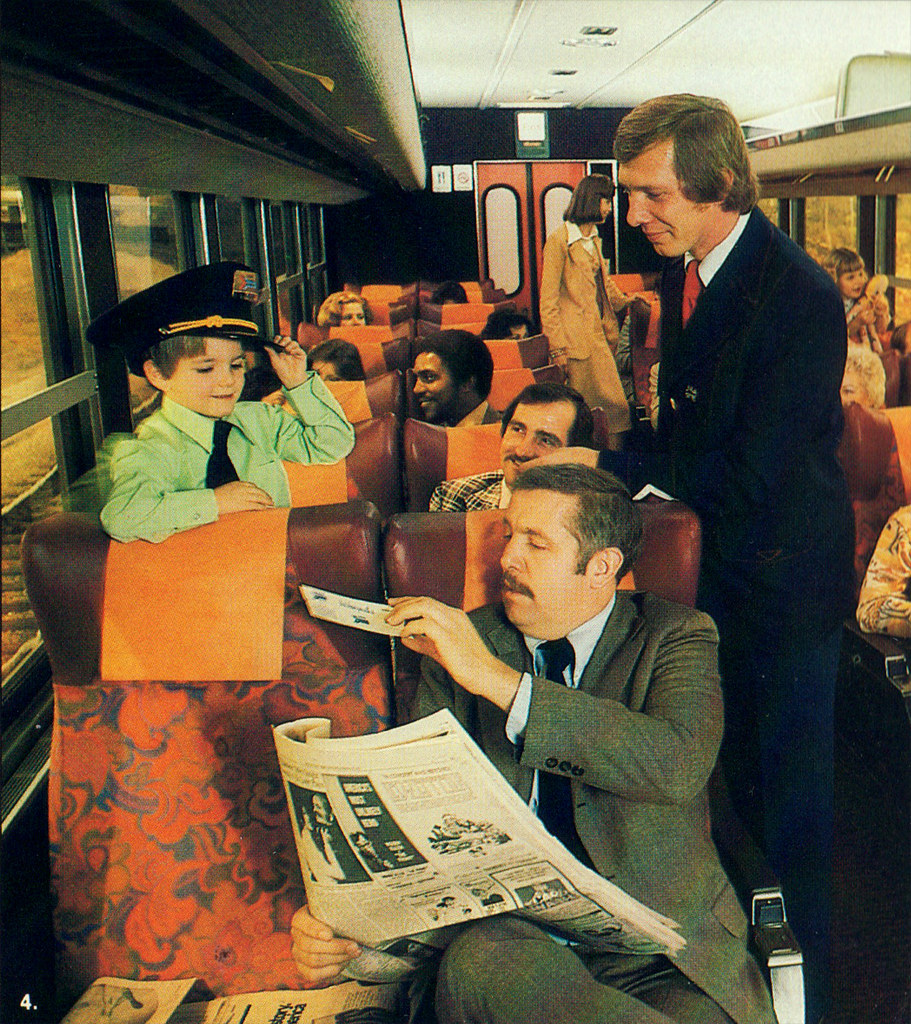 Looking at his paper I can see an advertisement for the movie Car Wash.  This puts this brochure at about 1976 – maybe published in ’77 (since the film actually was released in October ’76). 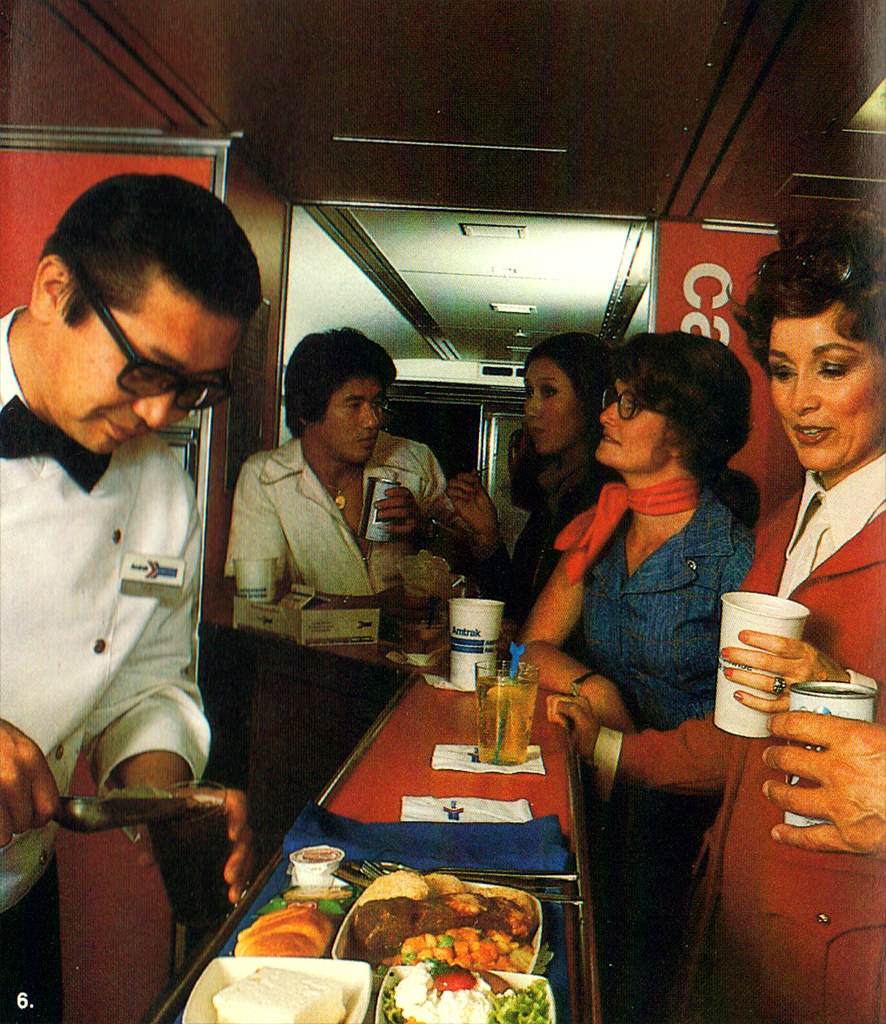 That guy in the back with the wide open collar is clearly making the moves on that lady. 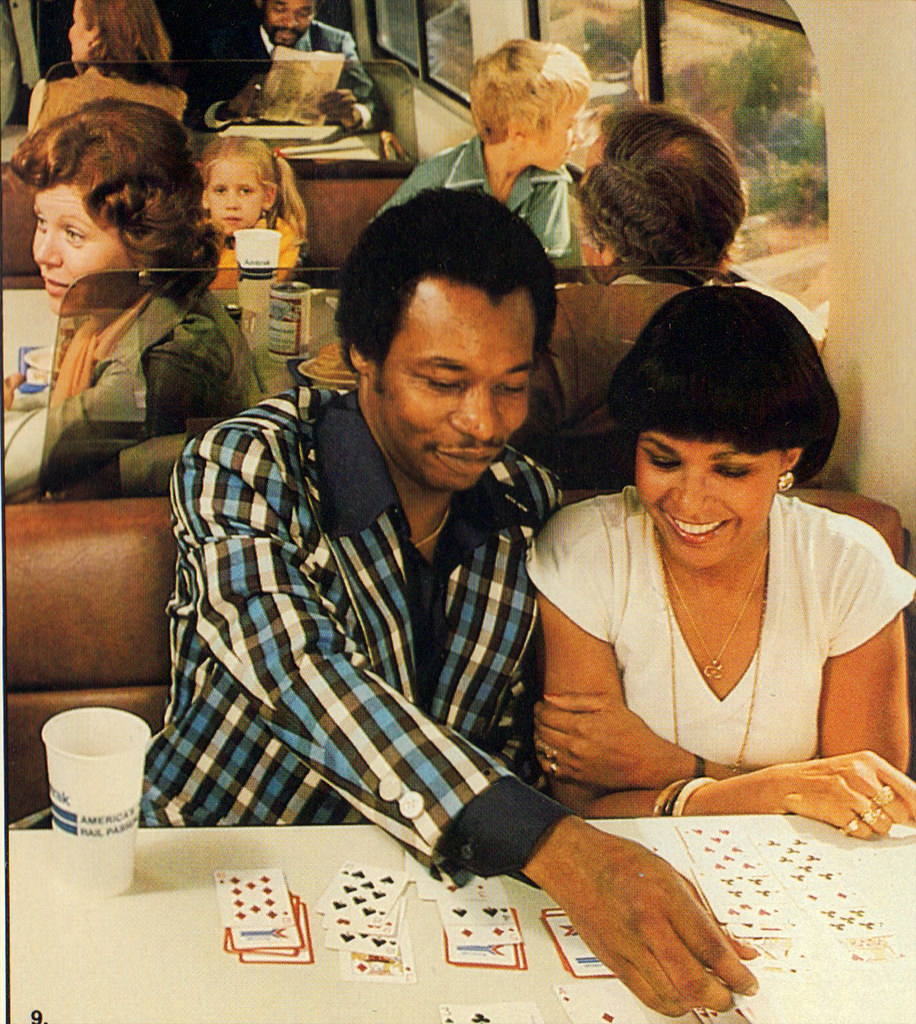 I love this dude’s jacket. 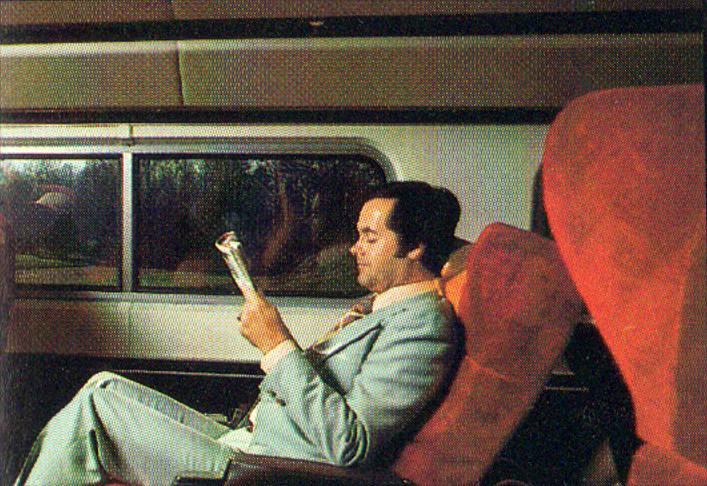 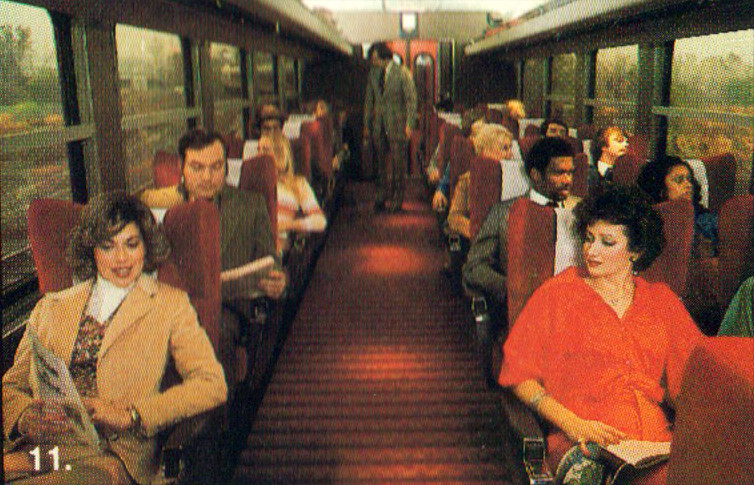 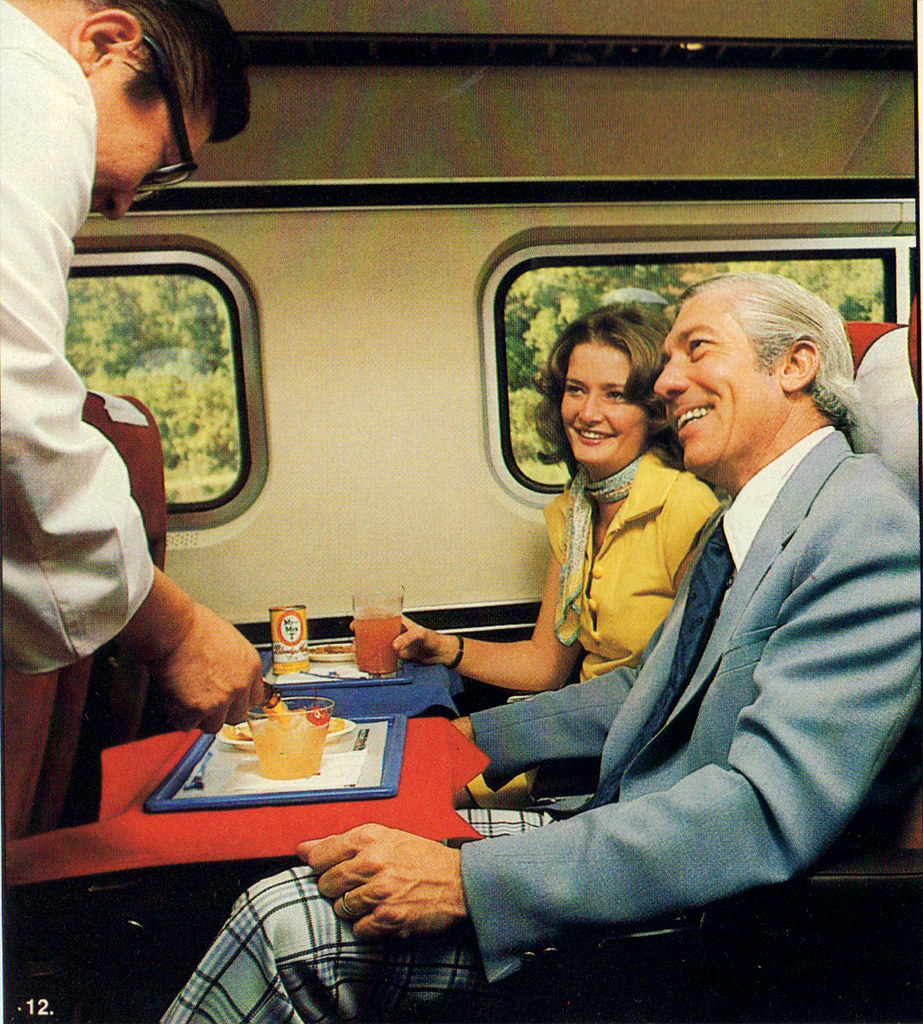 “It’s my fifth Old Fashioned this morning, but sure why not? Fill ‘er up.” 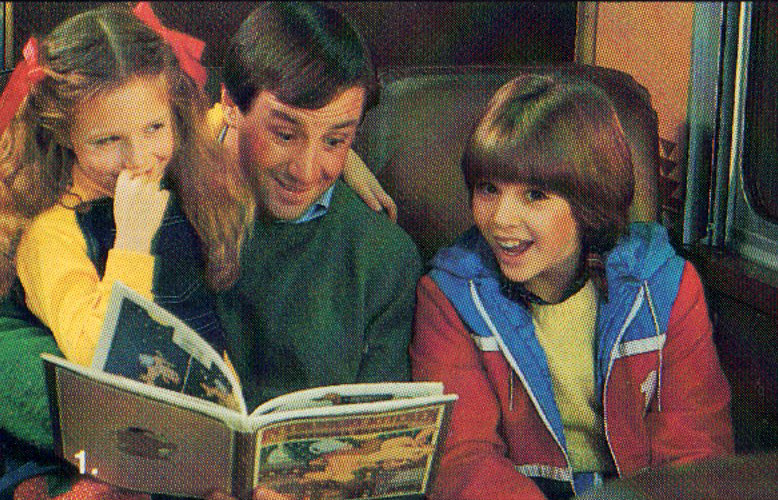 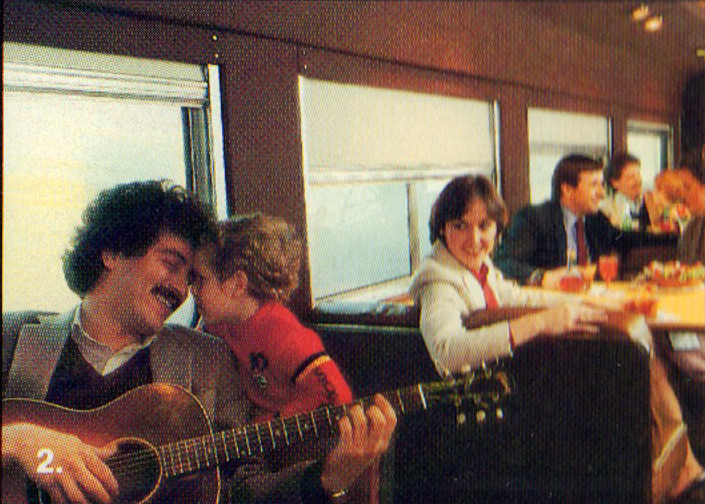 As nice as it is that this father enjoys some time with his kid… playing guitar on the train?  Really? 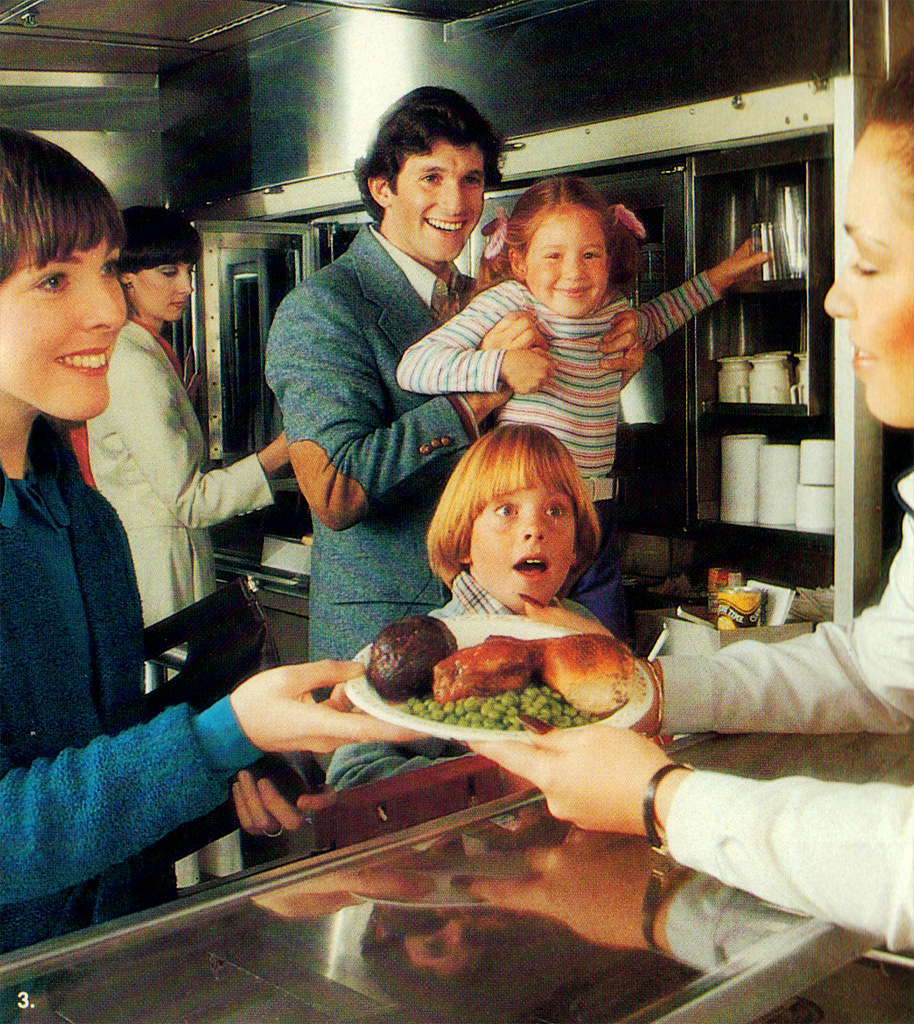 This boy seems overly thunderstruck by the meal service.  Cafeterias are nice, but shouldn’t inspire shock-and-awe.

These types of promotional images always feature people reading the most boring books.  It would be hilarious if he was reading “The Joy of Sex” or “The Satanic Bible”. 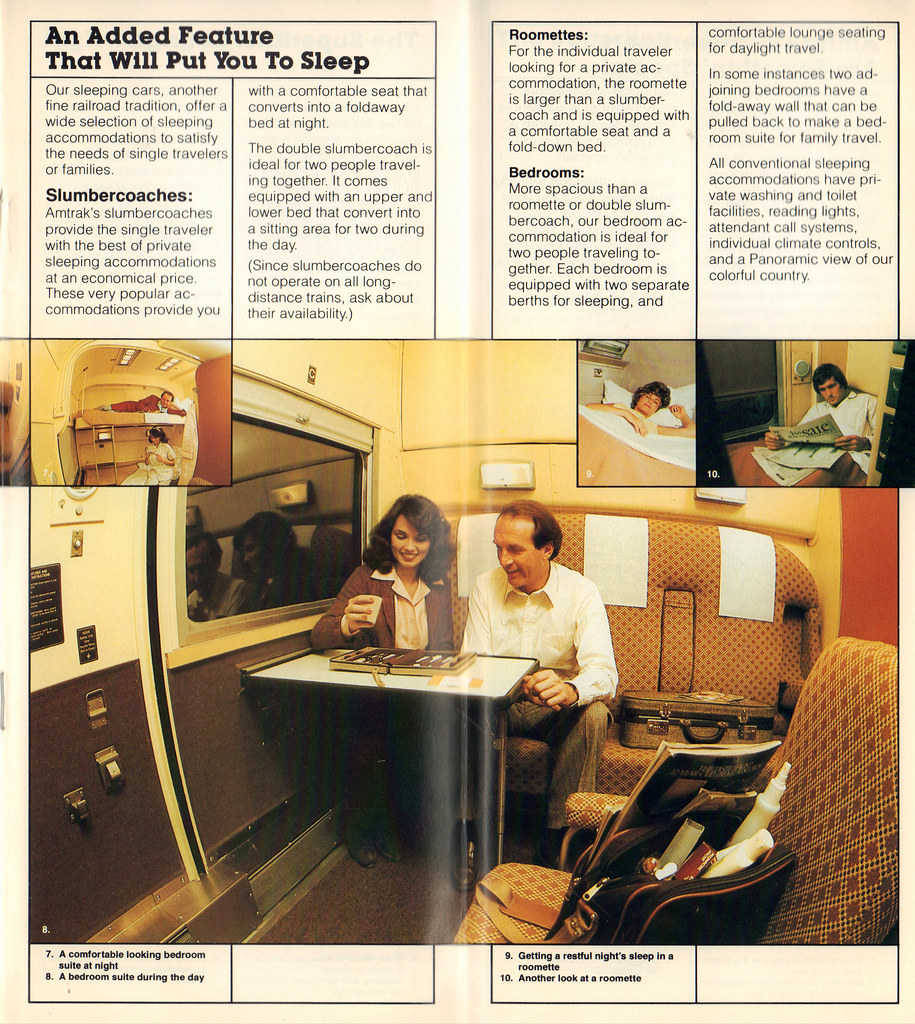 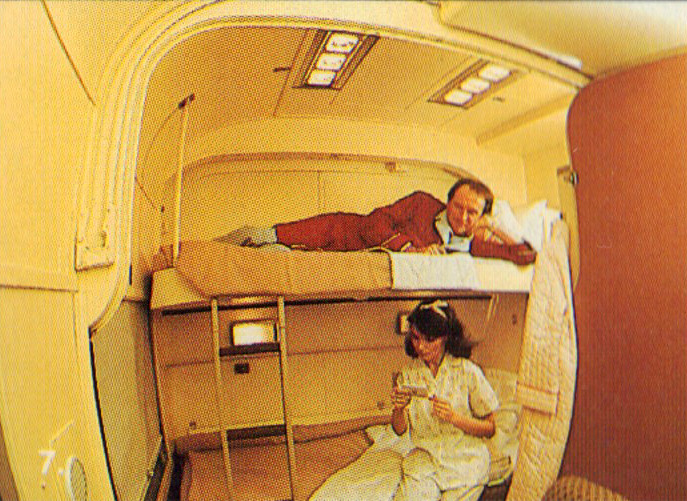 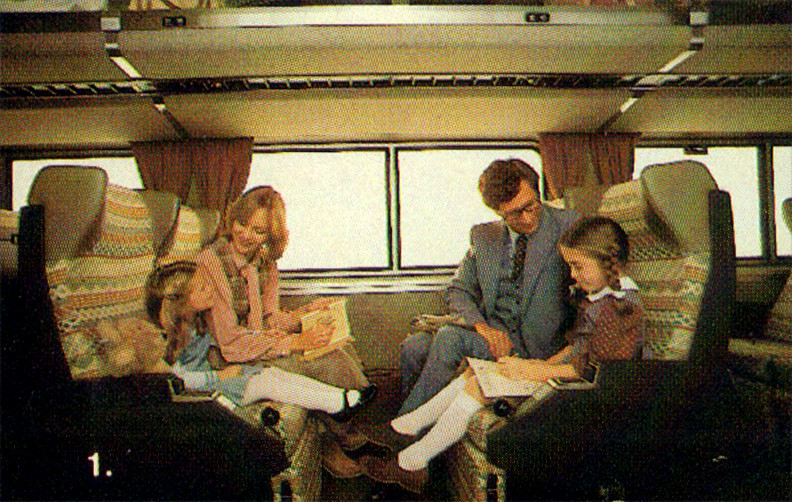 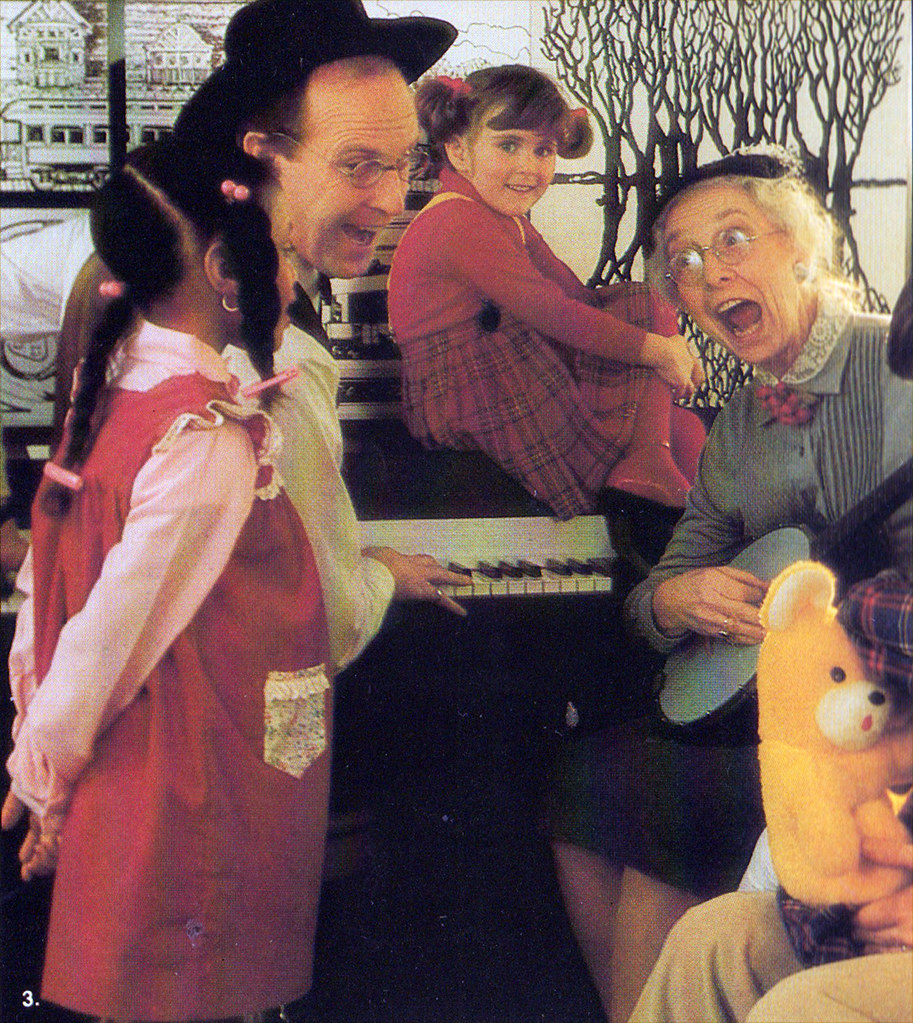 The stuff nightmares are made of. 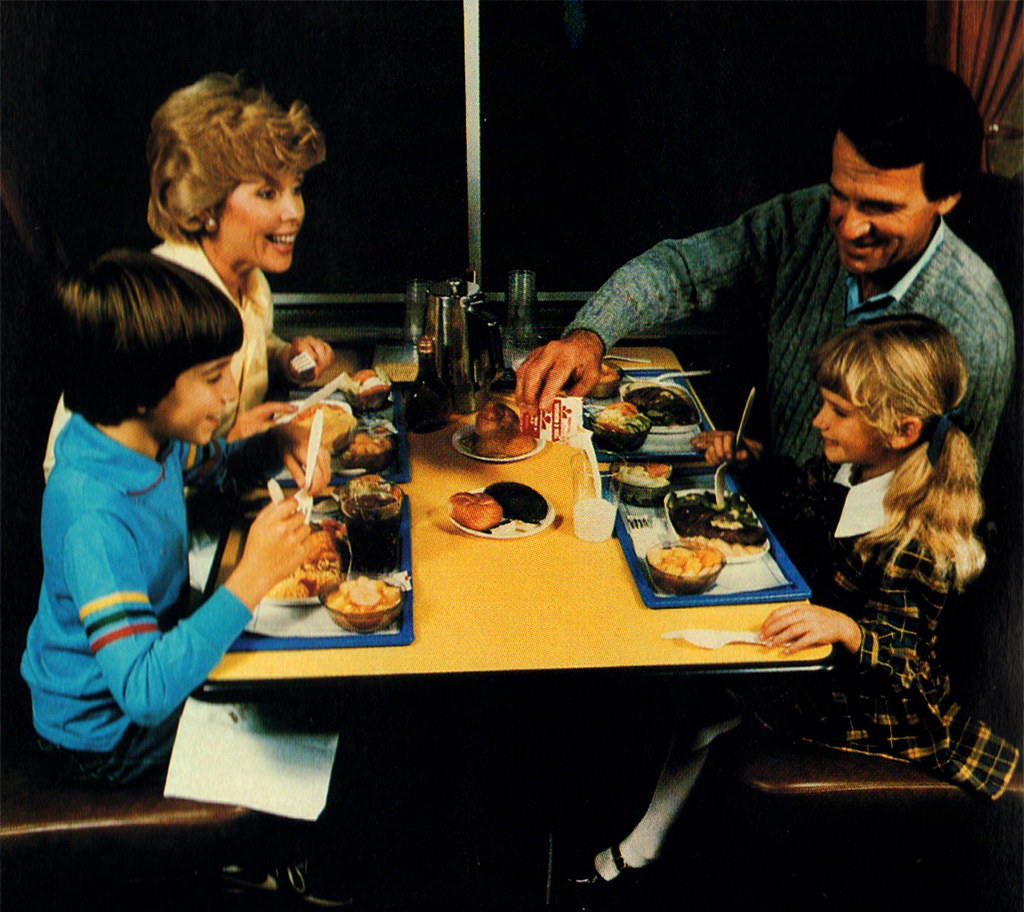 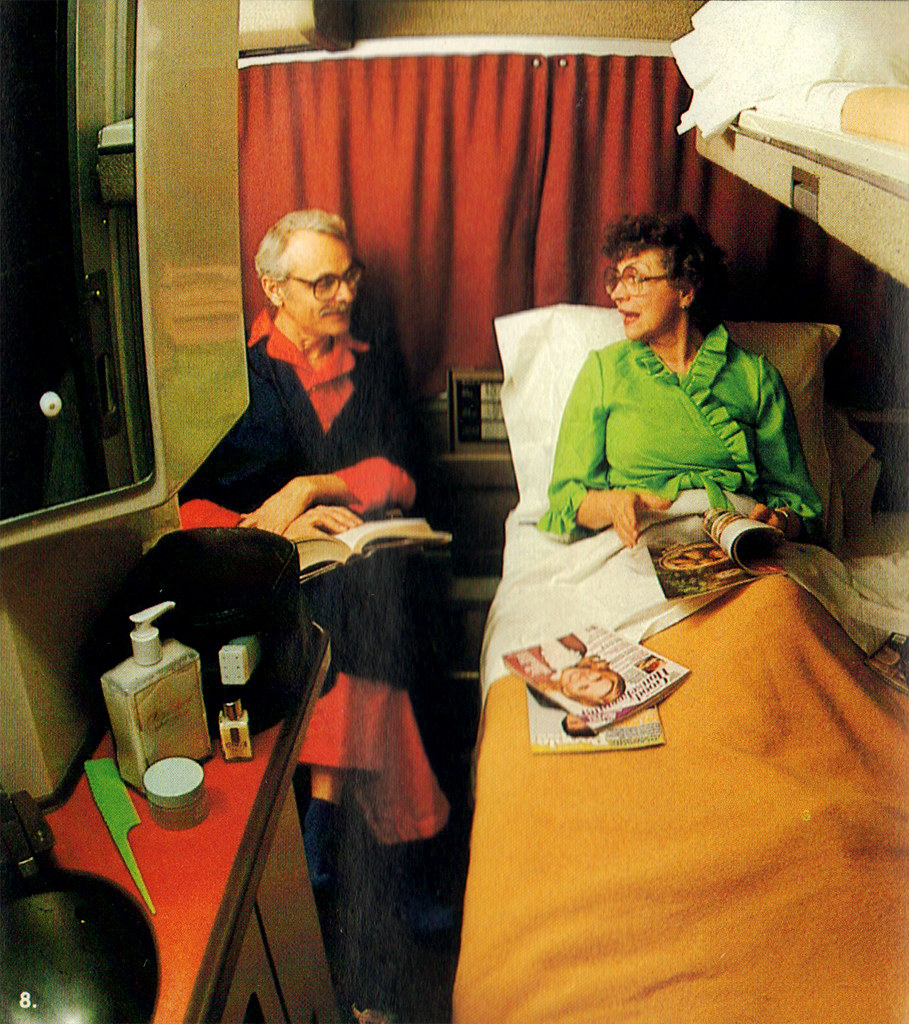